You are at:Home»Current in Geist»Pasta Bowl returns to combat hunger 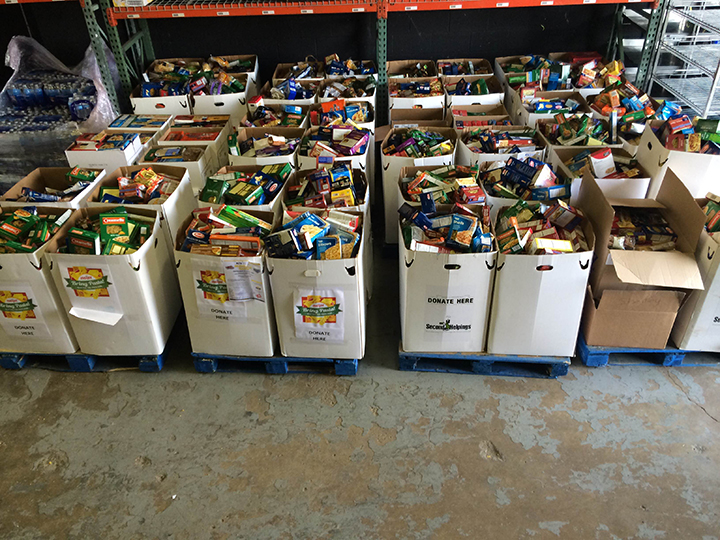 When one thinks of Hamilton County, one of the first things that probably doesn’t come to mind is a hunger problem. While it may appear to be absent of such an unfortunate circumstance, it is not. Just in the school systems alone, one in seven students face a hunger problem, with some schools rising to one in four, according to the Hamilton Southeastern Foundation website.

Luckily, the HSE School Foundation is combatting this epidemic while raising hunger awareness with the infamous Pasta Bowl food drive. Beginning the week of Sept. 1, HSE Schools will be collecting dry pasta donations around the county.

Originating in 2012, the Past Bowl calls out to the community to donate pasta to local food banks. Pasta is the number one choice because of its shelf life, price, flexibility in meals and is easy to make. Last year alone, the Pasta Bowl generated nearly 10,000 pounds of pasta. This year’s goal is 20,000 pounds.

“Honestly, I can’t imagine us not getting it. The support and awareness keeps growing,” DeLucia said.

The proceeds of the donations will be taken to a Hamilton County Harvest Food Bank, where the pasta will be sorted and dispersed among several charities.

“We’re going to make a donation to Second Helpings, which is in Indianapolis, and then St. Louis de Montfort, Fishers United Methodist, the two townships, White River Christian [Church] and then the food bank itself,” DeLucia said.

All schools in the district will be participating. Pasta Bowl donation bins will be placed at various locations around schools, with some classrooms having competitions to see which can collect the most.

Aside from HSE schools, donation bins will also be placed at Fishers Fire Departments, both Delaware and Fall Creek Township trustee offices and the Fishers YMCA. Only uncooked pasta is accepted.

For more information on the Pasta Bowl, visit hsefoundation.org/pastabowl15-feeds-more-than-mudsock.