You are at:Home»Current in Zionsville»New Lions district governor first from Zionsville club 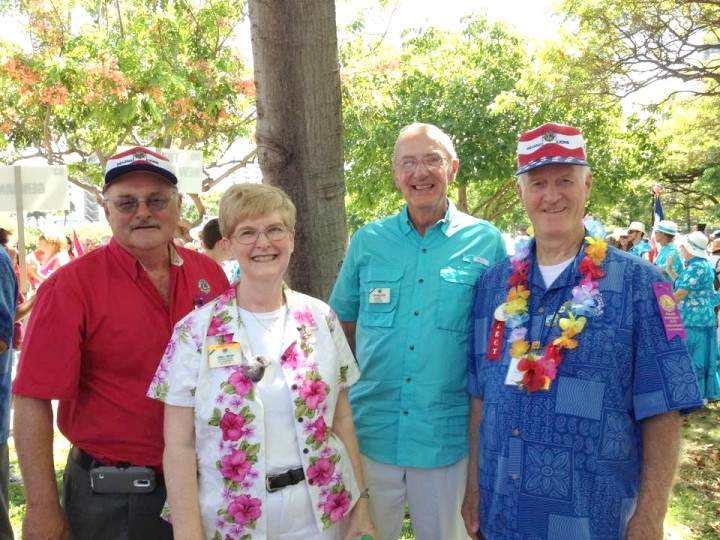 It took 85 years, but the Zionsville Lions Club can finally boast one of their own as the Lions District Governor. Richard McKellar is the first Zionsville Lion to hold this position in the club’s history.

“I’ll tell you, I wish I’d started 40 years ago,” McKellar said. “It’s one of the best service organizations in the world.”

As district governor, McKellar is asked to visit each of the 56 clubs in his area — one of seven in Indiana — over the next year to inform and assess. He also is expected to participate in four council meetings, a mid-winter conference and host a district convention.

“Besides that,” he said, “the clubs like to see you show up for their fish fries, their pancake breakfasts.”

This year McKellar hopes to ensure that all of the clubs in his district are incorporated to alleviate any legal issues. He also would like to start four new clubs this year, including Williamsport, Danville and Logansport.

“We have two counties in the district with no Lions Club,” he said.

McKellar and his wife, Karen, have participated with other clubs in their projects such as selling apple butter in Spencer.

“My wife has been working very hard to get clubs to work together and get to know each other better and do community projects,” he said.

During his 10 years as a Lion in Zionsville, McKellar has consistently participated in every event. Once his leadership tenure is over, he said he would like to do all he can “to promote Lionism.”

“The Zionsville club has been extremely supportive of me as [district governor],” he said.

A district governor banner that had been lost for several years was recently replaced by the Zionsville club. While it will belong to future district governors, it was donated in honor of McKellar.

“They contribute to all of the projects and foundations,” McKellar said. “They just do everything right.”