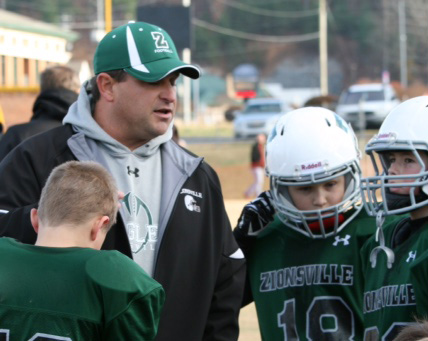 With youth football numbers falling off in some area suburbs due in large part to the national discussion about the impact of concussions, Mike Garrett Jr. wanted to provide more opportunities for the sport he loves.

So the Zionsville resident came up with idea of the Indy Crossroads Midwest Championships, set for Nov. 7 and 8, for youth football teams. Teams will play a minimum of three games with the championship games set for 6 p.m. Nov. 8

“We are pushing this for two reasons. One is the smaller numbers in football and the healthy competition we can bring out in this,” said Garrett, the tournament director. “We’ve done a lot with USA Football. It’s another way to showcase the sport of football. Travel baseball, softball, wrestling and lacrosse do tournaments. For football, this is a new thing.”

The Indy Crossroads tournament will feature football teams from second through eighth grade. There will be several stadium sites around Indianapolis, including Zionsville Community High School and Pike High School.

Garrett said area hotel and restaurant partners continue to be added. He wants to make it easy for out-of-town teams to know where to go. Sponsors include LIDS Team Sports, OrthoIndy and Visit Indy.

Garrett played football at ZCHS, graduating in 1989. His oldest son, Mike Garrett III, is a senior safety on the ZCHS football team. Another son, Jeb, plays football on a seventh-grade team.

Garrett is expecting 300 to 350 teams, totaling about 6,000 players. Teams from Washington, D.C., Minnesota, Texas as well as neighboring states are expected to participate. Teams can register through Oct. 5 at the tournament website, indycrossroadsfootball.com.