You are at:Home»Current in Carmel»Carmel Business Local»Electronics repair shop opens in Carmel 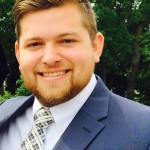 For Drew Lessaris, Carmel is the perfect place to open a uBreakiFix shop.

“We chose Carmel because it is a crucial area surrounding Indianapolis and we believe the community can benefit from the services that uBreakiFix offers,” Lessaris said. “Carmel is a beautiful area and we are excited to help customers save time and money on their device repairs.”

This shop, which opened last month at 1350 S. Range Line Rd., is the third in Indiana for Lessaris and his uncle, Tom, the managing partner.

They also have uBreakiFix stores in Castleton and Greenwood. The shop specializes in fixing small electronics with an average repair cost of $85.

“We currently work on all brands of phones, from flip phones to smartphones,” Lessaris said. “We also repair computers, tablets, iPads, gaming consoles — our approach is that we can fix anything with a power button.”

Lessaris graduated from the University of Illinois with a major in biological engineering and a minor in business.

“My father has owned many businesses including restaurants, which sparked my curiosity of being a business owner,” Lessaris said.

Lessaris’ uncle, Tom, asked his nephew if he wanted to be part of the company.

“In October we, together with Tom Scaggs and Kaleb Walker, became part of uBreakiFix and launched a multi-store franchise in Indiana,” he said.

Lessaris said they are working on opening more shops in Indianapolis and around the state.

“The goal at uBreakiFix is to take a relatively traumatic experience and make it hassle-free,” he said. “Our approach is centered on creating an exceptional customer experience and providing the highest standard of service to every single person who comes through our door.”