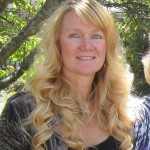 Prati, the chairman of the Parent Teacher Organization Homecoming Dance Committee and mother of three CHS students, suggested a few years ago they collect semi-formal dresses for homecoming as well.

“The homecoming dance is not as dressy (as prom), but I think the girls prefer to dress a little nicer than the boys do,” Prati said. “The boys are happy with just a buttoned down shirt.”

The dresses are collected by the PTO and given to Amy Skeens-Benton, CHS assistant principal. Girls needing dresses meet with Skeens-Benton to pick one out.

“We keep it confidential that they need a dress so they are far more comfortable coming down and getting one,” she said.

Skeens-Benton, who collected 15 dresses during the 2014-15 school year, praised the generosity of parents and the community. Skeens-Benton said Carmel consignment shops In Vogue and Amanda’s City-Chic Consignment, have helped.

“They both carry formal wear during the season and they both have given me a discount,” Skeens-Benton said. “Girls sometimes want to pick out a dress and we didn’t have one they like. I was able to purchase the dresses because a PTO mom had made a nice donation just for that purpose.”

The dresses girls chose they get to keep. The others remain for students that might need them in the future.

“The PTO is very discreet in collecting the dresses,” Skeens-Benton said. “I had one bridal shop that donated some dresses as well.”

The 2015 prom was the first time Skeens-Benton also collected suits and took donations to rent tuxedos.

“After we rented so many tuxes, Men’s Warehouse actually gave us a percentage and we took that money and put it in the fund to rent tuxes for this year,” Skeens-Benton said. “It was an awesome partnership there.”

To learn more or donate a dress, email Marcy Prati at m6prati@indy.rr.com.