You are at:Home»Current in Zionsville»Fall Festival: Car show rolls in Sept. 13

Doug Gauthier has been a long-time car enthusiast. 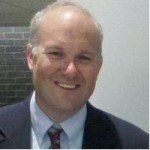 “My father had three old vehicles he restored,” Gauthier said. “I was doing it with him when I was in high school. I really like the old restored vehicles. They are simple to work on. They look beautiful and they turn heads when you drive them down the road. I don’t have room in the garage right now for a restored car but as soon as I get some of the kids out of the house, I plan to have a restored car, a nice muscle car.”

Meanwhile, the Zionsville resident gets his car fix by serving as the chairman for the Zionsville Fall Festival’s 13th annual American Dream Car Show. This is the second consecutive year he has been chairman. The car show is set for 10 a.m. to 3 p.m. Sept. 13 in the grassy area around the gazebo at Lions Park.  Last year there were 98 cars.

“We had to turn a few vehicles away because we ran out of space,” Gauthier said. “We plan to have more space this year to accommodate more vehicles if they come.”

Gauthier said it’s hard to gauge the number of cars before the event because most register that day.

“We usually only get 10 pre-registered vehicles,” Gauthier said. “If it’s raining that day people won’t really show up, because they don’t want to get their cars wet. We’re hoping for a beautiful day like last year.”

“Muscle cars are probably the most popular entry,” Gauthier said. “Everyone likes to see those.”