You are at:Home»Current in Fishers»Launch Fishers donates to HSE 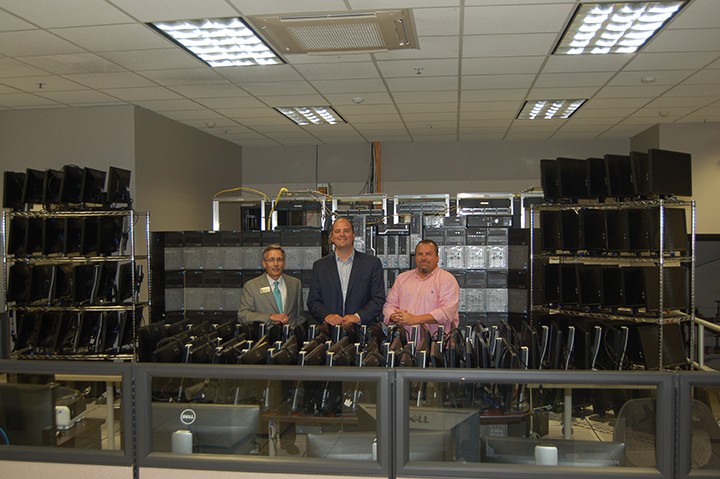 Just in time for the 2015-2016 school year, the City of Fishers, in partnership with Launch Fishers, announced on Aug. 10 that a donation of surplus computer equipment will be given to the Hamilton Southeastern School District. The equipment was a part of the new Launch Fishers building acquisition and was left by the previous owners.

“The City of Fishers and HSE have a great partnership that works to better the lives of our students,” Fishers Mayor Scott Fadness said. “I can think of no better way to serve our community than to provide resources and opportunities for our school district.”

In the spring of 2015, the City of Fishers purchased a new building for Launch Fishers that included excess furniture and computer equipment left behind from the previous owners, Deca Financial Services LLC. While much of the furniture and equipment is being repurposed by the City and Launch Fishers, the surplus computers will benefit HSE. In total, the City and Launch Fishers will donate over 100 personal computers with flat screen monitors, mouse devices and keyboards along with an additional 60 flat screen monitors.

“We have built a great relationship with HSE and we are excited to be a part of this donation,” Launch Fishers CEO John Wechsler said. “This equipment will help educators and administrators at several schools do their jobs better without any significant cost to the school district.”

Ongoing partnership efforts between Launch Fishers, HSE School District and the City of Fishers are common in Fishers under the leadership of John Wechsler, Dr. Bourff and Mayor Fadness. Opportunities like this allow resources to be optimized, encourage the entrepreneurial culture in our community and support continued development of students in our school system.