You are at:Home»Current in Carmel»Carmel alum ready to tackle challenge as new football coach 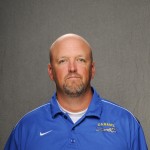 The long-time assistant didn’t feel he was ready when Mo Moriarity left in 2010. But when Kevin Wright left to take the IMG Academy coaching post in Bradenton, Fla., this spring, Hebert quickly applied.

“I’ve been coaching for a long time and I’m confident in what we do here, in terms of how we teach,” Hebert said. “When I took stock of the situation when Kevin left, it just seemed like I was going to be in my mind the best person for the job.”

“I definitely feel indebted to our administration and want to prove them right,” Hebert said.

Hebert, 44, was a popular pick among the players.

“He’s been around the program forever,” senior linebacker Noah Burks said. “There really wasn’t a better fit. We all love him. He’s always been one of our favorite coaches. Now having him as a head coach and being a true leader for everyone is a great thing to have. The job is well-deserved. He worked hard for it. We look forward to winning a lot of games with him. It would be pretty cool to get a state championship his first year as coach.”

The Greyhounds, who open the season Aug. 21 at Hamilton Southeastern, have been to seven state championship games in the past nine seasons, winning titles in 2007 and 2011. The Greyhounds lost in the 6A state final the last two seasons.

“This is new group that is hungry on its own,” said Hebert, a former offensive lineman at Purdue University.

“I was helping with my old coaches and realized this is what I wanted to do,” Hebert said.

Hebert had graduated with a liberal arts degree on a pre-law track but realized being a lawyer wasn’t for him.

“My dad always stressed to me finding something that I love,” Hebert said.

So Hebert went to IUPUI to get his education requirements, a degree in history and a teaching certificate. Hebert started as a full-time teacher at Carmel in 1996 and began coaching freshman football at the high school. Hebert, who taught U.S. History and Advanced Placement U.S. History, will now teach Advanced Physical Conditioning.