You are at:Home»Current in Carmel»Carmel Business Local»Cake Bake items a hit at Kroger 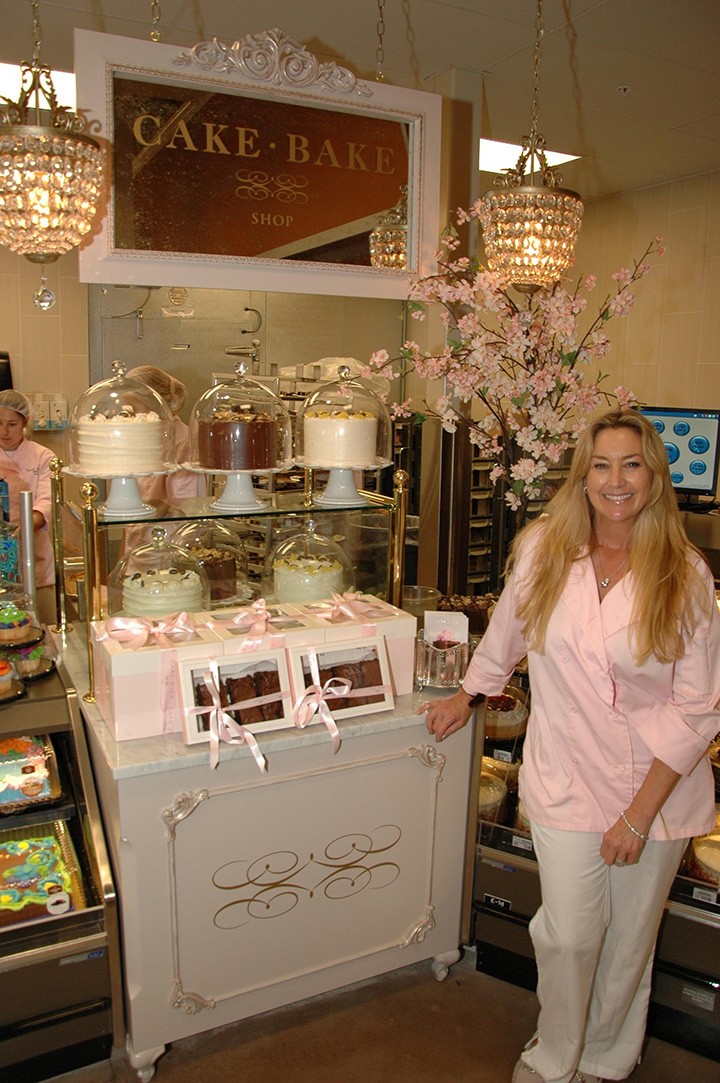 Gwendolyn Rogers was the hit of every party and get-together with her baked goods and cooking.

Soon the Broad Ripple resident was encouraged to share her gift with the masses. It took three years to build and remodel an old house before she opened the Cake Bake Shop, on 6515 Carrollton Ave., in Broad Ripple.

Margo Rozelle, deli/bakery merchandiser for The Kroger Co., came up with the idea.

“As a organization we’re looking to develop relationships with local businesses,” Rozelle said. “I saw an article in the paper and saw something on TV. I went down a couple of times and sampled the product. I went back to the office and everyone said, ‘Oh my God, this stuff is great.’”

She then requested a formal meeting with Rogers and the two hit it off immediately.

Rozelle said the space for Cake Bake items will be expanded soon. Rozelle also hopes to include the items in additional Kroger stores in the future. The bakery goods are transported daily by the Cake Bake refrigerated delivery van.

“My bakery never stops,” she said.

Prior to the last few years, Rogers just cooked for her family and friends. So many people took notice that she began to think about turning her passion into a career.

Rogers won the best chocolate cake at the Cake & Bake show in London in 2013. The 30 contestants were picked from 3,000 applicants.

After she won the contest, she made a cake for Elton John and the band for a concert in Paris

“They invited me to go backstage and to sit front row center for two nights,” Rogers said.

She will be on six episodes of Simply Good Food TV in England.

“That’s a big achievement for me because it’s my husband’s favorite restaurant,” she said.

Her Cake Bake box and cupcakes are featured in “Dumb and Dumber To.” Her husband, J.B. Rogers, was a producer and assistant director on that film and has worked on several of writers Peter and Bobby Farrelly’s movies.

“I flew to Atlanta five different times and I got the job,” said Rogers, who has three sons. “I never went without a cake. I made Jim Carrey a fabulous Gluten-free chocolate cupcake.”

Her business plan called for eight employees. She now has to meet the demands. Every recipe at the Cake Bake Shop, which serves lunch, is from Rogers.