You are at:Home»Current in Zionsville»Birthday boxes make parties possible for low income families 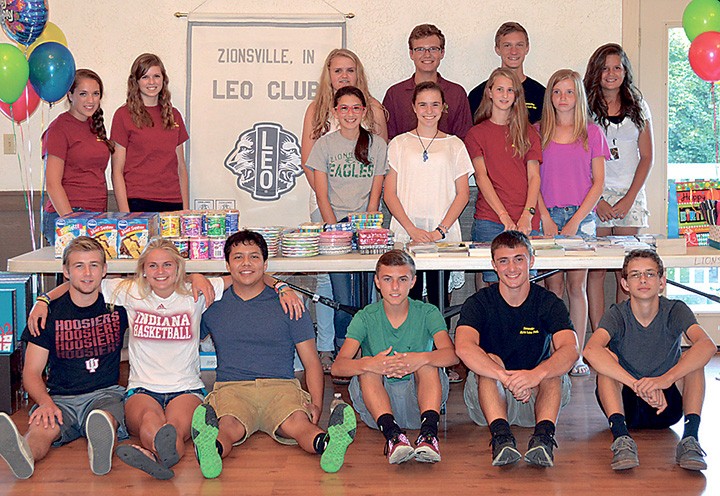 Members of the Leo Club of Boone County believe that all children deserve a birthday celebration, and they’re working to make that a possibility for low income families who might not otherwise be able to throw a party.

The Leo Club, an extension of the Lion’s Club, is creating birthday boxes, complete with cake mix, icing, candles, themed tableware, a book, pajamas and socks. The club will give the boxes to The Caring Center in Lebanon to distribute to kids age 12 to 18.

“As a club of members who are 12 to 18 years old, this project was very special to us as we are able to relate to the people we are helping,” said Terry Klein, president of the Zionsville Alpha Leo Club.

The club received a donation from the Lion’s Club and partnered with Scholastic Books to purchase books for the boxes at a discounted rate. Club members said they hope the books will encourage teens to read. They also raised funds through a bake sale at the annual Easter egg hunt in Lions Park.

The boxes were assembled at the Leo Club July meeting. In celebration of completion of the project, the club celebrated its own third birthday.

Members of the club said they learned a lot by completing this project, including club secretary Lauren Stone who said writing the grant and organizing the project helped her leadership skills. She said it also gave her a sense of satisfaction in seeing the members work together.