You are at:Home»Current in Carmel»Carmel Community»Meet your leaders: Christine Altman 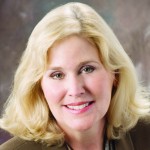 As Hamilton County Leadership Academy approaches its 25th anniversary in 2016, Current is highlighting local leaders who have helped build and sustain the program, which focuses on strengthening the community by developing informed leaders. In June, another class of engaged citizens will join 600-plus graduates already working to make a difference.

Nice to know: Altman served as an at-large member of the Hamilton County Council before being elected commissioner. She earned a bachelor’s degree in accounting from Indiana University and worked as an auditor before returning to IU for law school. Once a competitor in a statewide shotput contest, these days Altman enjoys kayaking.

Biggest HCLA takeaway: “The value of developing a professional and personal network.”

What impact has HCLA made on the community? “Creating an educated, connected, and energized pool of community minded volunteers.”

Most valuable lesson learned through HCLA: “The importance of community collaboration and cooperation in both Hamilton County and central Indiana.”

Most impactful connection made through HCLA—and why: Altman credits the program with seeding and nurturing her interest in local politics. “It demystified the process of running for office, educated me on the importance of local government, and emphasized the need to step up and serve.”