You are at:Home»Community»Ballard aims to inspire with book, speeches 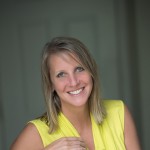 Ballard’s book “From There to Here: The story of how, without a plan, I unknowingly allowed fear to control my path” was published in July and is available on Amazon. Ballard runs Growing Forward, where she serves as a motivational coach.

Ballard gave a Sparks Talk, a speech meant to inspire, in Indianapolis in July. Now the Lawrence Township resident will speak at the Society for Marketing Professional Services National Conference in Los Angeles on Aug. 20. The conference members are those in the marketing arm for architecture and engineering construction industry. A friend in that industry suggested Ballard put in a proposal to speak.

It will be similar to the 10-minute speech Ballard gave at Sparks, but a little longer since she has 12 to 16 minutes.

The talks are called MAX talks and are similar to Technology, Entertainment, Design talks.

“We all go listen to someone to get a nugget, some information or a form of inspiration,” Ballard said. “I hope something I say, much like the book, will resonate and help someone. And, obviously, I’m here for hire if somebody really wants me to take it further.”

There are four groups of speakers in categories of Inspire, Ignite, Engage and Launch.

Ballard said she is one of the “launch” speakers so she discusses what the appropriate action steps to take to complete the goal.

Ballard, a Brownsburg High School and Herron School of Art and Design in Indianapolis graduate, discussed in her Sparks talk how she long talked about leaving Indiana but often found an excuse. Now, she is networking and making plans to travel to see if there is really another place she would really like to live.