You are at:Home»Current in Fishers»Obituary: Mary V Kedzierski 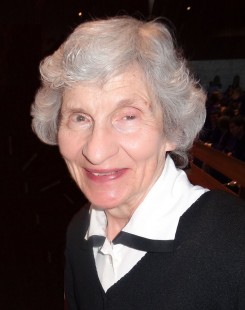 Mary Veronica Kedzierski, 82, of Fishers, died on July 31. She was born on September 8, 1932 to Michael and Mary (Rozsypal) Mrozowski in Chester, Pa.

Mary moved to Indiana in 2010 so she could be closer to her daughter and son. She attended Our Lady of Grace Catholic Church in Noblesville.

After marrying, she and her husband lived in Batavia, N.Y. and soon moved to Wayne, N.J. where they raised their two children. She attended Our Lady of Consolation Church. Widowed at a young age, Mary put her two children through college as a result of a long and successful career at Macy’s Department Store. She enjoyed going into New York City to see plays, operas and attend concerts with family and friends. Mary will be remembered for her loving nature, kind heart and generosity.