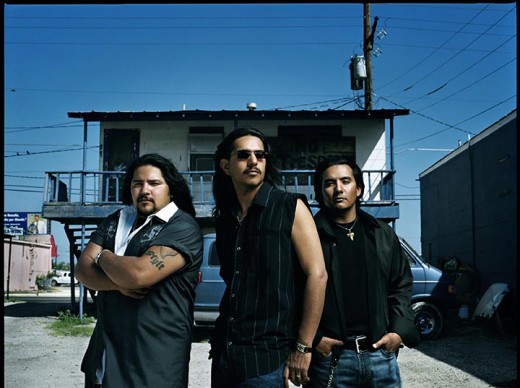 Grammy Award-winning artists Los Lonely Boys will be making a special appearance at the Warehouse in Carmel for an evening of acoustic performances on Oct. 3.

Two performances are scheduled at 6 p.m. and 9 p.m. Tickets for both all-ages performances are $45 each in advance of the show and $55 for ticket purchases made the day of. Ticket sales open to the public Aug. 1 at noon.

The American Chicano rock trio, comprised of brothers Henry, Jojo and Ringo Garza, released their most recent studio album “Revelation” in 2014, which hit #42 on the Billboard U.S. Rock chart. The album was labeled the band’s “most naturalistic disc” since their earliest albums by the Austin Chronicle.

“We decided to call this album ‘Revelation’ because we want to make music that reveals something to people about their lives and their world,” Jojo Garza said.

The trio are most well known for the single “Heaven,” which rocketed to #1 on Billboard charts and led to two Grammy Award nominations and one win in the 47th Grammy Awards in 2005.

“Revelation” is the group’s first recording since brother Henry Garza experienced a severe injury after falling from a stage in Los Angeles in early 2013.

“We nearly lost Henry, man, and that was a big change for us,” Jojo said. “The whole experience was a wake-up call for us. It made us rethink every aspect of our lives and our careers, and it reminded us of what’s really important to us.”

Jojo added that that sense of family and brotherhood is what the band tries to pass on through the music they make.

Tickets can be purchased at liveforthemusic.com. The Warehouse venue is located at 254 1st Ave SW.