Indianapolis-area craft beer fans will have the opportunity to turn their brews into benefits for a Carmel-based charity organization next month.

The District BrewFest, presented by entertainment venue The Warehouse, will be held Aug. 22 on 1st Ave. S.W. by the Historic Fire Station.

Proceeds from the event will be donated towards Chaucie’s Place, a Carmel-based charity focused on the prevention of child sexual abuse and youth suicide. 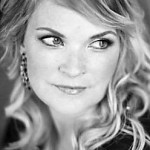 “We’re passionate about the cause because a lot of work involves kids,” Heather Clark, co-owner of the Warehouse, said. “It’s something that isn’t talked about enough.”

The event will feature a variety of craft brewers, including Wabash Brewing and Granite City Brewery, in an attempt to dedicate the event to Indiana-based brewers, Clark said. More than 40 craft beers and several food vendors are set to be featured.

“The cliché is people come into the state to do a festival and take all the money back with them. We want to keep it local to Indy,” Clark said.

Music will be provided by bluegrass artists Andrea Faye and The Rays and more.