You are at:Home»Current in Zionsville»Zionsville Police Department officers armed with kit to prevent drug overdose deaths 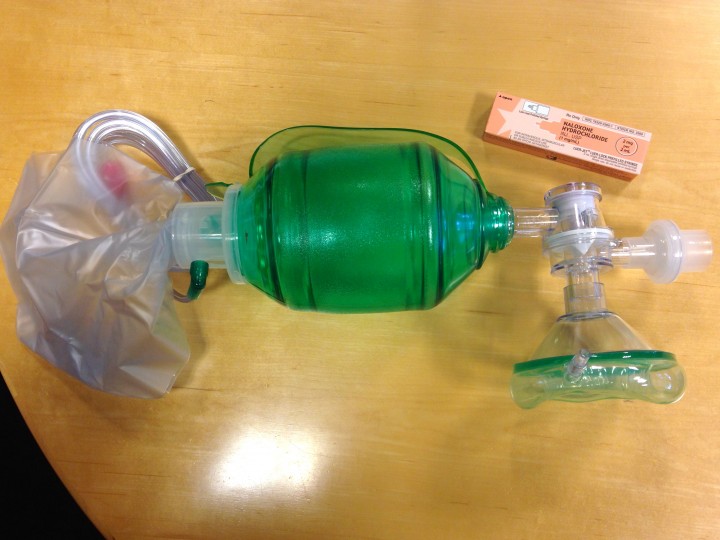 Zionsville police officers started carrying Narcan on July 20, an opioid-fighting drug that just might save the lives of victims of heroin overdose.

“This is a no-brainer,” Zionsville Police Department Chief Robert Knox said. “It’s the right thing to do.”

Naloxone, known by its trade name Narcan, reverses the lethal effects of opioids, such as heroin, and lasts 30 to 90 minutes. This can sustain an overdose victim until paramedics arrive and bring him or her to the hospital for further treatment.

Both full time and reserve officers are receiving one dosage of Narcan as they report to work. Each patrol car is also equipped with a breathing bag, which helps resuscitate people who are not breathing.

The Metropolitan Board of Police Commissioners decided to equip officers with Narcan in late June.

“Our job—the very first thing—is preservation of life … even if it means protecting a person from themselves,” Knox said. “People make some very bad decisions. We see that all the time, but if you can save this person’s life, that’s first and foremost what we’re all about.”

The Zionsville Police Department worked in coordination with Witham Health Services, which provided the Narcan, breathing bags and training for the officers. During training, officers learned to recognize the signs of an opiate overdose.

Narcan works like a nasal spray. Officers are to administer one half of the dosage into each nostril of a suspected opiate overdose victim.

Narcan is harmless, Knox said, so even if an officer mistakenly believes an overdose is heroin-induced, it won’t “poison” the victim.

“I’m excited and happy that we have the opportunity to do this, but I hope it’s all just never needed,” Knox said. “It’s kind of like half the tools on our belt. We hope we never need those things.”