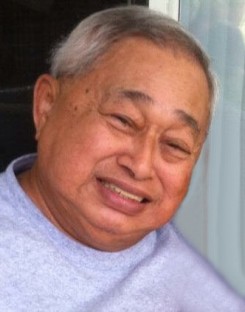 Manuel Cruz “Manny” Dinio, 72, of Fishers, died July 13 at Community Hospital North in Indianapolis. He was born on December 30, 1942 to Dominador and Carlota Dinio in Marilao Bulacan, Philippines.

Manny retired as a salesman for the Semesko Company in the Philippines, where he was also the former president of the Rotary & Lions Clubs. He came to America 15 years ago, and worked for Target. Manny was a member of Christ the Savior Lutheran Church, and enjoyed his family, his church, and his friends. He and his wife, Soledad, would have celebrated their 50th wedding anniversary this October.

In addition to his parents, he was preceded in death by his son, Michael Manuel Dinio; and daughter, Melody Sol Manuel Dinio.

Memorial contributions may be made to the Dinio family.