You are at:Home»Current in Zionsville»ZBOP 5K is July 25 to support Zionsville bands 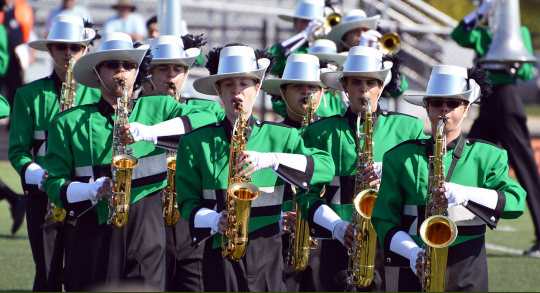 The Zionsville 5K March-A-Thon, an event for the community to support the Zionsville bands, is July 25 this year. Kids who have never joined band before, will perform in public and get a taste of what band life is all about.

The idea for this event first came about when the Zionsville Band and Orchestra Patrons board decided to come up with a good fundraiser for the high school’s musical programs.

In addition to this, the March-A-Thon will also function as an enormous “thank you” to both its sponsors and the Zionsville community.

5K participants don’t need to be a student to contribute to the fundraiser, though.

Friends and family are welcome to make donations as well, the proceeds of which will all go towards helping Zionsville Community High School fund its music programs.

Rookie participants attend a Marching Band Camp the week before the 5K, which teaches rookies how to march and play their instrument.

“It’s a casual event,” said vice president of fundraising officer Rodney Miller. “And is about developing confidence and showmanship, as a group.”

Miller said band members encourage each other during the 5K.

“Band members are often found building up the members of the band,” Miller said.