You are at:Home»Current in Zionsville»Troop meets special guest during D.C. visit 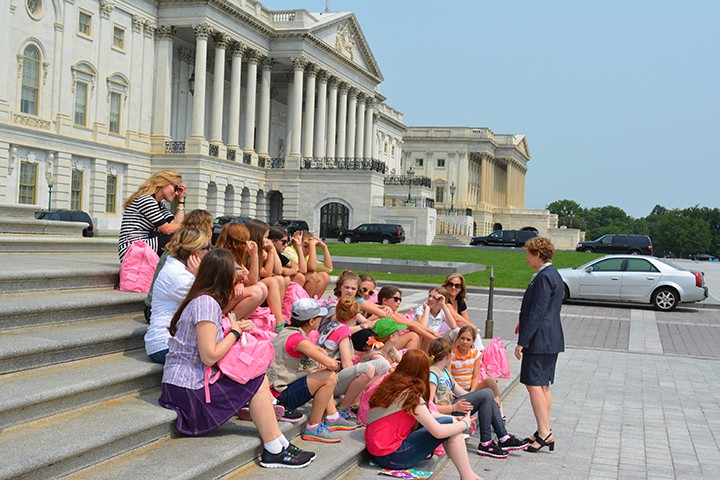 The girls from Troop 1880 talked with Indiana U.S. Rep. Susan Brooks during their trip to D.C. (submitted photo)

Zionsville’s Girl Scout troop 1880 had the unique opportunity to meet with Indiana Congresswoman Susan Brooks on the Capitol steps during a summer trip to Washington, D.C.

“It was cool to think that she took time out of her busy schedule to see us,” said Paige Zvokel, who, along with Ruth Cronin. was among 14 upcoming seventh graders on the trip. “She took the time to shake our hands and learn our names.”

Brooks told them that all of her aides are from Indiana and that her female employees were scouts when they were younger. She told them that many congresswomen were also Girl Scouts.

“It really made me think, ‘Wow, I could do this when I’m older,’” said Paige.

During the chat, Brooks inspired the girls to focus on leadership. “Being in student council or sports teams, being a leader in stuff we do can help us get where she is,” said Ruth.

The trip was a culmination of two years of work. The troop earned the Girl Scout Bronze Award last year by raising money to send six WWII veterans to D.C. with Indy Honor Flight, and this year the girls interviewed local WWII veterans posting their stories to a blog to earn the Silver Award – the highest level award for a Cadette Scout.