You are at:Home»Current in Zionsville»Column: Lessons from a Copenhagen Statue 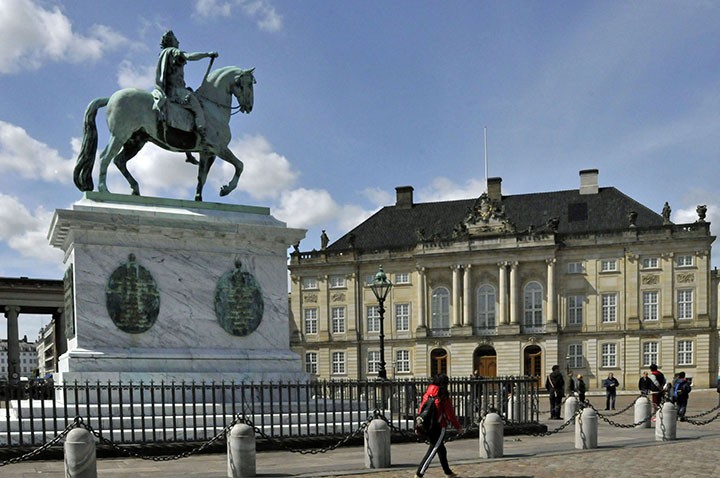 “The Little Mermaid” is Copenhagen’s most famous statue. A short walk away, an older and larger statue carries an important message.

In 1748, King Frederick V of Denmark/Norway ordered redevelopment of a waterfront area near the entrance to Copenhagen’s harbor to commemorate the 300th anniversary of Christian I’s founding of the Oldenburg dynasty. Four mansions, symmetrically arranged around an octagonal court, were to be owned and occupied by important noblemen. One of the mansions was for Count Adam Gottlob Moltke, a close confidant of the king, who supervised the project named “Frederiksstaden.” The mansions, with identical classical façades and different rococo interiors, were completed by 1760.

In 1752, Count Moltke persuaded the Danish Asiatic Company, of which he was director, to commission a statue of Frederick V on horseback to occupy the center of Frederiksstaden’s courtyard. Moltke engaged French artist Jacques Saly, who brought his family to Copenhagen and began work in 1754. In 1758, after studying the king’s horses, Saly presented the king a small model of the proposed statue, which the king approved. Saly then created a life-size bust of the persnickety king to assure that his likeness was also acceptable. By 1764, Saly had completed the plaster cast for the full-size statue, which he rendered in bronze in 1768. After three years of additional work, workers placed the 22-ton statue on its pedestal in 1771. Unfortunately, King Frederick never saw the statue, depicting him as a Roman emperor. Notorious for his bacchanalian orgies, he had died at age 42, five years before its completion. His statue, 17 years aborning, had cost more than the four palatial buildings surrounding it combined.

In 1794, the royal family acquired the Frederiksstaden mansions for its winter residence. Frederick V is still on his horse, reminding his descendants of the importance of budgets and deadlines.