You are at:Home»Current in Zionsville»Bostwicks retire from work at Zionsville Community School 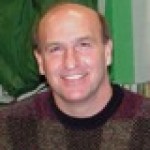 Professional opportunity brought Bob and Patti Bostwick to Zionsville Community Schools in July 2000, but it was the people they met at work and in the community that kept them there.

“I was principal of a 5-8 middle school in northeastern Indiana and wasn’t looking for a new position but became interested when I learned of the impending opening of a newly combined lower and upper middle school in Zionsville,” Bob said. “I was aware of the outstanding reputation of ZCS and the community.”

It was also a great chance for their children – at the time grades 5, 7, and 10 – to attend and graduate from ZCS.

But, now it’s time for the duo to say goodbye. Bob has acted as Chief Operations Officer. Patti has worked as the school system’s Chief Technology Officer. They plan to assist in the transition process through the end of the summer and opening of the new school year.

ZCS Superintendent Scott Robison said to say the Bostwick’s will be missed is an “understatement.”

“Patti Bostwick has assembled an amazing technology team that services many times the devices and users seen in the private sector. This efficiency has coupled with many other smart moves orchestrated by Patti to save the district millions over the coming decade by being way ahead of the wireless access point curve and by ushering in virtual network innovation,” Robison said. “Bob has been our chief omnivore who handled something of everything when we slashed our central office by more than 40 percent prior to 2010. I cannot imagine working in ZCS without his sage advice and clarity on what is right for this large, human organization. He has irreplaceable institutional knowledge, and I will miss him every day in this work.”

So what’s next for the couple?

“I will continue in a much reduced part-time role in energy management at ZCS,” Bob said. “Beyond this, like many retirees we plan to travel and spend more time with family.  We have relocated to a small lake in the area and look forward to our new home there.”

Community caregiving: Zionsville parents of children with IDD worry about what happens to their child when they die