You are at:Home»Current in Westfield»Jan’s to host bake-off 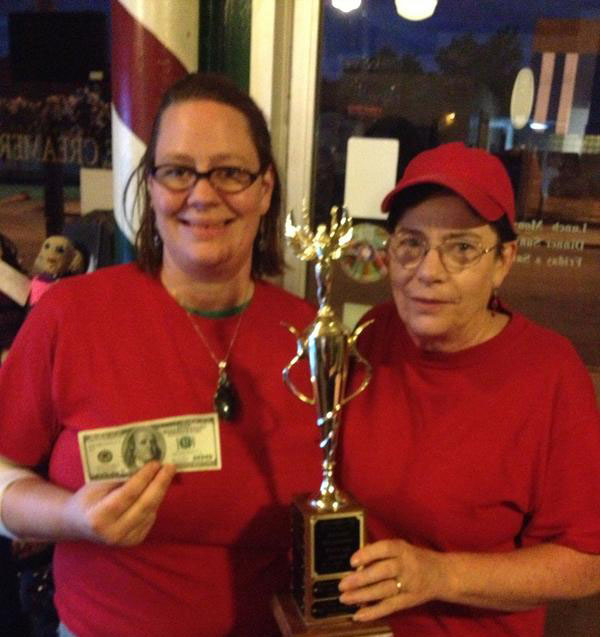 Thomas (left) shows off her $100 and trophy after winning the annual pizza bake-off next to her mom, Jan in 2013. (Submitted photo)

Creativity is a must for the Jan’s Village Pizza bake-off.

“It’s a competition where our employees come up with pizza toppings and everything they want on their pizza,” Michelle Turner, general manager and Jan’s daughter, said. “It’s a friendly competition between the two stores.”

In addition to the money and trophy, Turner said the employees also close up shop for a day to go to Indiana Beach.

The competition takes place at Westfield, 108 S. Union St., and will be set up buffet style. The restaurant will only be focused on the competition that evening. The public can still come, but must pay a little higher than the normal menu price to participate in the judging of the pizzas. Although the price is a bit higher, guests get unlimited pizza. People who come in receive a ballot and test the pizzas.

The individual winner also gets to advance to a competition in Belterra, Ind. If they win that competition, they get flown to Las Vegas to compete again.

Some of the pizzas that have won Jan’s competition before were a Mexican Meltdown and Turner’s own Mediterranean pizza, which is still on the menu. She proceeded to win Belterra and was sent to Las Vegas to compete with that pizza.

“People get really competitive,” Turner said. “They all want to beat me.”