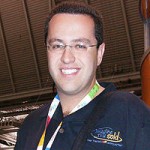 Subway restaurant spokesman Jared Fogle was escorted from his home in Zionsville by investigators Tuesday morning in a search that the company says may be linked to a former Jared Foundation executive’s earlier arrest.

Fogle was not placed under arrest nor under suspicion for any crime at the time of the investigation.

Representatives from Subway did not name the individual they claim may be the cause for the investigation at the Fogle residence.

43-year-old Russell Taylor, the former executive director of the Jared Foundation, an Indianapolis-based children’s health charity was taken into custody late April. Taylor was arrested and preliminarily charged with child exploitation, possession of child pornography, and voyeurism. Taylor’s residence reportedly contained a collection of sexually explicit photos and videos of children allegedly taken by Taylor. There has been no official confirmation the two investigations are connected.

Investigators arrived at Fogle’s home at 6 a.m. Tuesday, seizing computers without disclosing what they were looking for, Fogle’s attorney Ron Elberger said.

“Jared has been cooperating and continues to cooperate with law enforcement in its investigation of unspecified charges and looks forward to the conclusion of that investigation,” Elberger said. “He has not been detained, arrested, or charged with any crime or offense whatsoever.”

FBI Special Agent Wendy Osborne responded to questions earlier Tuesday, stating the agency is “conducting investigative activity in the area” but that she could not discuss the nature of the activity. U.S. Attorney’s Office spokesman Tim Horty said he could neither confirm nor deny the existence of an investigation.

“We are shocked about the news and believe it is related to a prior investigation of a former Jared Foundation employee,” a Subway spokesman said. “We are very concerned and will be monitoring the situation closely. We don’t have any more details at this point.”

A tweet made by the official Subway Twitter account later stated that the company and Fogle had agreed to suspend their relationship due to the investigation.

Indianapolis news station WTHR later reported having seen Fogle leave the property in a car with his attorney.

Fogle became a famous media figure following the 2000 Subway ad campaign featuring Fogle and his claim that he lost 245 pounds in one year with a diet involving Subway sandwiches. Fogle has since become a prominent spokesperson for the world’s largest franchise, touring schools and displaying the 60-inch jeans he wore at his peak weight of 425 pounds.

Fogle founded the Jared Foundation in 2004 with the aim of educating children and parents on proper nutrition and exercise and combating childhood obesity.