You are at:Home»Current in Zionsville»Michigan Road once known as Dixie Highway 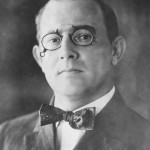 Got complaints about today’s road conditions? It could be worse – much worse – like Michigan Road in 1914. The year marked a formal agreement between 20 Zionsville citizens and Carl G. Fisher, one of the Indianapolis Motor Speedway’s founders, to help build a passable road to be eventually known as the Dixie Highway. The route is now known as Michigan Road.

At the time, the dirt road was similar to most country lanes in the United States. Rain quickly turned country roads into thigh-deep mud ruts, making travel extremely difficult. Many automobile drivers had to enlist the aid of a nearby horse team to extract them from the quagmire.

Fisher foresaw that the improvement of country roads directly affected the popularity of auto ownership. Good roads were need for auto travel.

After getting the commitment from Zionsville residents, and hundreds in other communities, Fisher led the formation of the Dixie Highway Association in 1915. The objective was to raise funds to develop a passable route from Chicago, Ill., to Miami, Fla. In Zionsville, Fisher had the commitment of 20 citizens and automobile owners to furnish teams and laborers for free. These Zionsville volunteers spent a full day placing gravel on the road to bring Michigan Road up to Fisher’s and the association’s standards.

Fisher’s idea was to use as many decent byways as possible, such as Michigan Road, and improve them for auto travel. These routes were then linked to form the mega-route known as the Dixie Highway running north and south.

Sometime after 1925, the designation of Dixie Highway was replaced by federally marked routes. The Zionsville stretch received the designation of U.S. 421. Yet, we still recall its history as a major north-south route and commonly refer to it as Michigan Road.