You are at:Home»Current in Westfield»Indiana cities propose special census

Indiana communities like Westfield, Fishers and Whitestown have been looking at pursuing a special census to update their population numbers and, in turn, increase tax distributions from the state.

And on May 26, the Westfield City Council approved the $650,000 expense that will occur this year, five years before the regularly scheduled 2020 census.

The state allocates money based on city density numbers in the U.S. Census Bureau’s reports, which come every 10 years.

However, the populations of many cities and towns have skyrocketed since the last census in 2010. 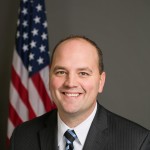 “It’s not uncommon for quickly growing, particularly suburban communities to partake in [special censuses],” Fishers Mayor Scott Fadness said, “and for us, if you look from 2010 to 2015, we’ve probably gained somewhere in the ballpark of 10,000-12,000 additional residents.”

If Fishers doesn’t update its numbers, the state of Indiana will not readjust the amount of population-based revenue it’s sending to the community. The majority of that money is in “critical areas” like transportation and road maintenance, Fadness said.

To solve this, Fishers might partner with the Census Bureau to update its numbers before the 2020 census. Fishers did this before in 2008.

If the special census reflects this, it would increase revenue from the Motor Vehicle Highway fund by nearly $120,000 per year, easily covering the census cost.

For a bigger city like Fishers, it’s a little trickier.

“What you want to do is maximize your return on investment,” Fadness said. “You want to pay for the census, plus generate a decent amount of income.”

If there seems to be a good return on investment, Fadness will approach city council to appropriate money for the census. The city would use money from cash reserves, anticipating it would return to the city over the next five years – and then some.