You are at:Home»Current in Zionsville»Business brings at-home camps to kids 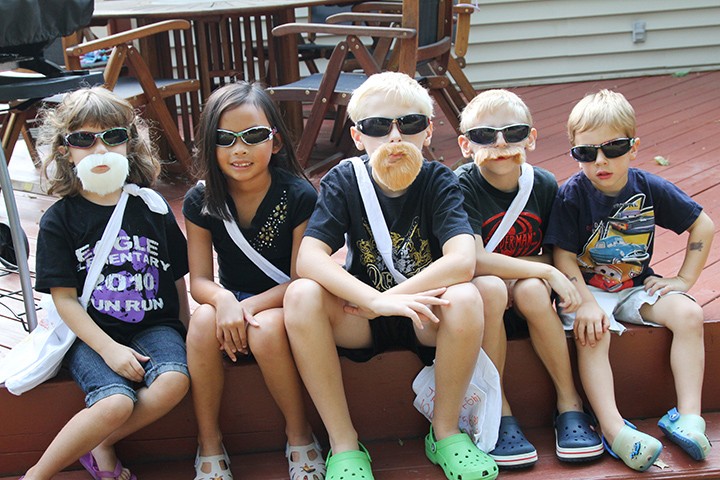 When Amy Leckrone’s and Amber Tincher’s husbnads went on business trips during the summer, the mothers had the kids to themselves for days.

Leckrone and Tincher came up with the idea of at-home camps, titling it Camp Mommawatchi, in 2007 to create fun activities to keep themselves and their kids busy until the husbands returned.

“We decided to turn the camps into a business and share our ideas with other moms or grandmas so they can do the camp at their home,” Leckrone said. “Our kids look forward to it every single year. It’s one of the highlights of the summer.”

This is the ninth year of the camps.

Camp Mommawatchi has four camps – science, secret agent, arts and sports – available for sale for mothers to buy the material and follow the one, three or five day camp curriculum.

However, Leckrone and Tincher decided to do a different theme for just them and their kids this year that focused around animals.

“In our camps we like to do a service project, so since it is animal themed we decided to partner up with the humane society to get some donations to help them out,” Leckrone said.

Leckrone and Tincher’s kids are the only ones doing the animal theme, and alongside the service project, they will make animal crafts, play animal games and have animal-related food.

When a curriculum is bought, the mothers who buy the camps can organize it whenever they wish and even add their own touches. Being an at-home camp that mothers organize allows for some personal changes if desired.

The camps are specifically for preschool and elementary aged kids. They cost $11.95 or $19.95 depending on which package the moms choose to buy. Learn more or buy a camp at campmommawatchi.com.

“I think this is a great idea for moms because of the chance to get that special time with your kids that you don’t normally get,” Leckrone said.