You are at:Home»Current in Zionsville»Zionsville unexpectedly receives state grant for trails 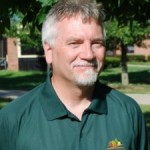 Zionsville appeared to be out of the running for a state pathways grant, but when the Indiana State Department of Health identified some extra funds in its budget, town Parks and Recreation Director Matt Dickey got an unexpected phone call.

“We had applied for it and we heard that we were either third or fourth and that they only had enough to fund two [communities]so we were initially somewhat disappointed,” Dickey said. “In addition to Madison and Bedford they were able to fund two more: Zionsville and Shelbyville.”

It’s not yet clear how much grant money the town will receive through the state’s Bicycle and Pedestrian Master Plan Fund, but the town will have to provide matching funds in order to accept it. The award must be used to pay for bicycle and pedestrian trail planning.

“This program believes trails are an important enough component of health that they have created this grant program to help communities trail plan so as to improve the health opportunities in that community,” Dickey said.

Zionsville competed with about 20 other municipalities for the grant. Before learning of the additional grant money, Dickey said he had contacted the granting entity inquiring about a detailed report card if they were willing to provide one. He made three pages of notes regarding what ISDH was looking for in an applicant so the town could make a stronger showing in the next round of grants.