You are at:Home»Current in Westfield»Westfield opens new roundabout 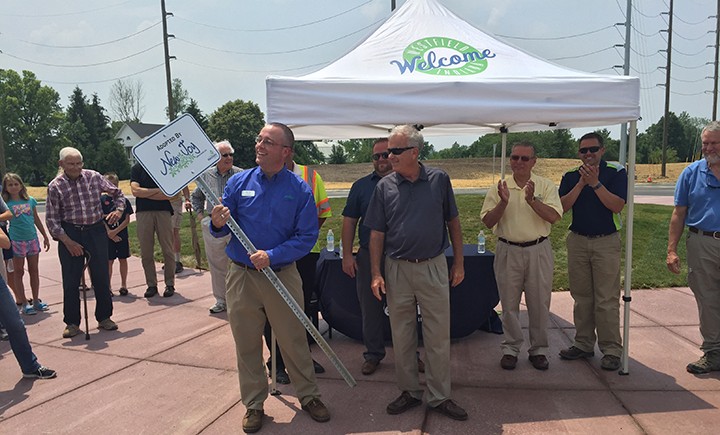 Many have noticed the increased construction of roundabouts in the City of Westfield, and the latest roundabout opened on June 12.

The church brought up the idea of being able to adopt a roundabout to the city.

“Some of the best ideas in this community have come not from the top down, but from residents who want to get involved” said Mayor Andy Cook. “I’m thrilled that New Joy had the idea, and I know other groups in Westfield have already expressed an interest in pursuing similar volunteer opportunities.”

Adopting a roundabout entails the responsibilities of keeping the roundabout nice and eye-appealing, such as picking up any trash, pulling out weeds and assisting with landscaping the roundabout with offers of planting flowers and more. However, official landscape planning will not happen until the fall.

“Because of this announcement, we’ve had several companies, churches, dentist offices and restaurants reach out to us and want to do the same,” Erin Murphy, communications director, said.

There have been plenty of requests to adopt a variety of Westfield roundabouts, and the requests of adoption are on a first come, first serve basis.

A ribbon cutting ceremony was held at the roundabout on June 12. Mayor Andy Cook took the first lap around in his yellow jeep around the new roundabout to officially open it for public use.