You are at:Home»Current in Zionsville»Unusual journey to Fanimation ends for longtime employee 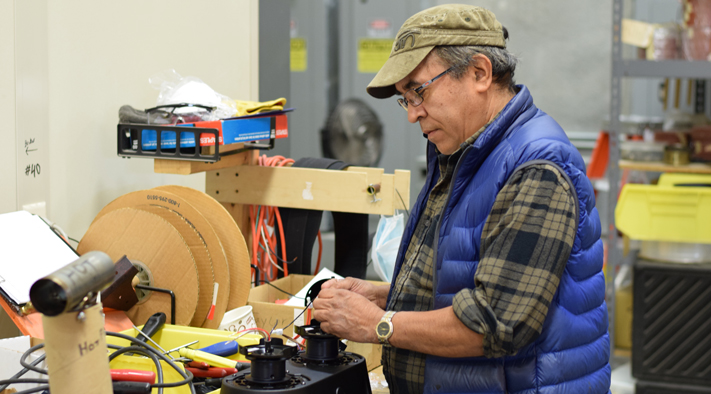 After nearly two decades of building custom ceiling fans at Fanimation, Mario Carillas is ready to enjoy the typical joys of retirement. But his road to employment with the Zionsville manufacturer was anything but ordinary.

Carillas was born in Guatemala City, Guatemala, and moved to the U.S. in 1982 with his wife and a degree in business administration. He wanted to realize greater opportunities for his family, and was willing to go to great lengths to do so. Since he did not speak English at the time, he took a job as a dishwasher and attended English courses at night.

In 1997, Carillas came to see a friend in Indianapolis who invited him to try out working at Fanimation during his weeklong visit. He accepted the offer and enjoyed it so much he began working full time for the company the very next week.

“I got all of my experience at Fanimation. They provided training from day one,” said Carillas, explaining that he had no prior experience building or assembling ceiling fans.

He learned quickly, earning a reputation as a dedicated, loyal employee who didn’t make mistakes.

“He only put out work that he could be proud of. [He] never had any of his fans come back with any issues or errors in their creation,” said Jana McKinniss, Fanimation warehouse supervisor. “The low return rate of the company’s custom fans was an area Carillas took pride in, since assembly was his primary responsibility.”

After 18 years, Carillas had become one of the longest-tenured Fanimation employees, and he is grateful for the opportunity to work there.

“The managers always know what is going on and have their pulse on the company,” he said. “I can tell that they genuinely care about me as an individual.”

“Carillas personifies the American Dream,” Frampton said. “He was a team player, treated everyone fairly and with respect [and]was a very hard worker.”

In the immediate future, Carillas said he will enjoy fixing up his Indianapolis home and helping his neighbors with vehicle repairs. Before he looks for a part-time job, he said he plans to visit his home in Guatemala City for at least three months.