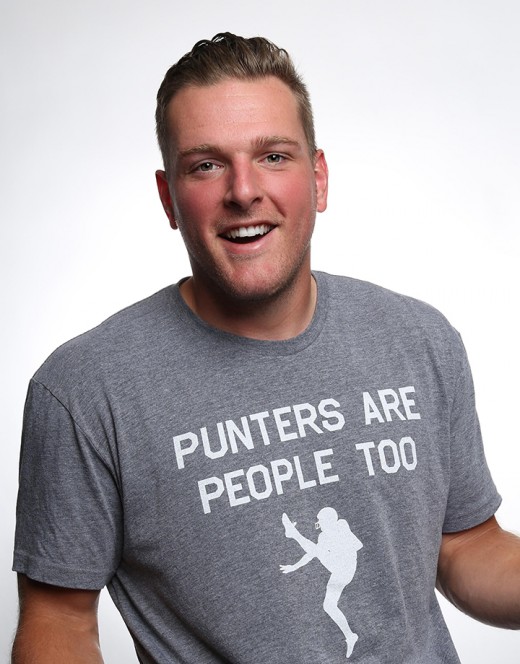 It might be Pat McAfee’s first official stand-up comedy show. But it’s an act the Indianapolis Colts punter has been preparing for all along.

“Some people play video games, some people binge watch TV,” McAfee said. “Ever since I can remember I write. I enjoy writing. My life has brought me into some very interesting situations and some hilarious situations. I’m so lucky and blessed to be in the NFL. I’ve been preparing for this for about 10 years. I’m ready to go. I could do the show tonight if I had to.”

Pat McAfee: Uncaged is set for 8 p.m. on July 11 and 12 at the Palladium in Carmel. The first show in the 1,600-seat concert hall was sold out in less than two hours. The second show sold out quickly as well.

“We thought we were going to sell 20 tickets,” McAfee said. “When the Palladium asked how many I thought I’d sell, I had no idea. There were zero projections. The morning it sold out it was an overwhelming feeling.”

“You get to really get to know them through their stories,” McAfee said. “It will be stories about my life and my mistakes. It will all be poking fun. It will be a fun night of happiness. It’s going to raise money for my foundation so it’s going be a win-win-win.”

Portions of the proceeds go to The Pat McAfee Foundation, a nonprofit dedicated to educational scholarships for the children of U.S. military personnel.

“Instead of playing video games or having a family, I chose to make people laugh,” said McAfee, who had shows on WTHR-13 and IndyStar.com. “It’s an 18-plus show. But it’s not going to be grotesque. I’m going to deliver stories in a gentleman manner. It’s going to be about situations I can’t talk about on my TV show or on my Twitter account so that’s why it’s been called Uncaged.”

McAfee said he might want to pursue a comedy career when his NFL career is over.

“The good thing about comedy is you don’t have a boss,” he said. “Right now, I’m doing it for fun and see where I head to. But I really enjoy making people happy. All I want is for people to smile and be happy. The world is a crazy place. Tom Griswold told me once ‘People have enough (crap) going on. They don’t need your (crap). Just make them happy.’ You never know when your career is going to end. So preparing for the future is always a good thing.”

Colts tight end Jack Doyle has full trust that McAfee can be funny for 75 minutes.

“I’m excited to go there and see what he’s got,” Doyle said. “He’s a really funny and a great guy at the same time. He’s one of the jokesters around the locker room and the lunch room. When you sit by him at lunch, you know you’re going to laugh throughout the lunch.”