You are at:Home»Current in Zionsville»Wild Air Summer Festival to light up the sky 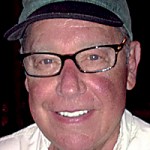 An event that began to honor Ken Richman’s late brother, a NASA engineer, has turned into a huge annual fundraiser for Make-A-Wish foundation.

Richman, owner of Ripple Bagel and Deli in Broad Ripple, hosts a fireworks event each year at Wild Air Farms called Wild Air Summer Festival. Richman, now 70, has been playing with fireworks since he was 8 years old, and his obsession has only grown.

“We do unique things,” Richman said. “I went to school to learn how to make (fireworks) and got a license to set them off. We import them from China and get special ones to shoot into water. It’s fireworks like you’ve never seen before.”

Richman refers to himself as a guy trying to raise money for a good cause by doing something he loves. So far, Richman and his crew of volunteers have raise around $50,000 for the Make-A-Wish Foundation, which grants the wishes of children with life-threatening illnesses.

The event has taken place for the past three years at Wild Air Farms and will return there this year on June 13. Gates open at 7 p.m. at the farm.

Richman said the fireworks show is a grand finale of the event, which includes World War II flyover planes, paratroopers, a 12-piece band and food trucks. The cost is $10 per car, and parking is close to the farm. Boy Scouts will be walking around with donation buckets.

“This is a great thing to help the community and help benefit folks,” Richman said.

Bluegrass Pyrotechnics Guild from Cincinnati helps set up the fireworks, spending around three days getting ready for the event.