You are at:Home»Current in Zionsville»Back in the day: Floods claim bus 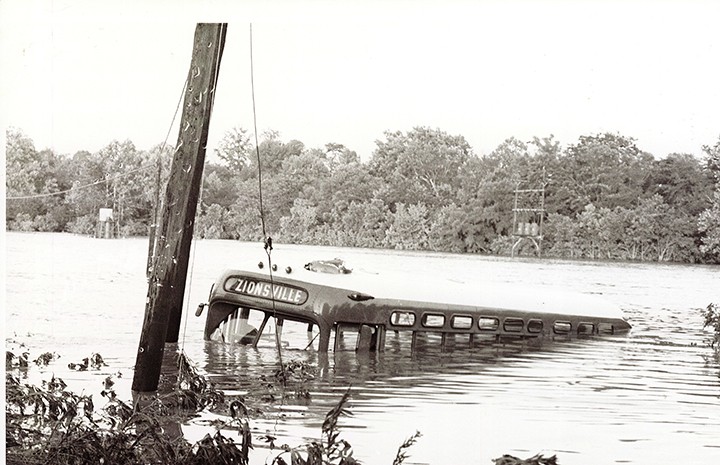 The Suburban Lines commuter bus was nearly underwater on S.R. 334 east of Elm Street during one of the worst floods in Zionsville history in early July 1957. Several men tried to rescue the bus with no luck. Starting on June 28, 1957, storms dropped record amounts of rainfall. Topping the recorded list was 7.35 inches at Whitestown – all falling into the Eagle Creek basin and heading south for Zionsville. By Friday morning, the waters spread across the banks and into town. Water had backed up and cut through the earthen levee, allowing a cascading wave to cover a large area of the town. Many Zionsville homes and business flooded, and owners were forced to flee. (Compiled by Terri Horvath/Photo courtesy of SullivanMunce Cultural Center)