You are at:Home»Current in Fishers»Fishers-located airport may offer commercial development 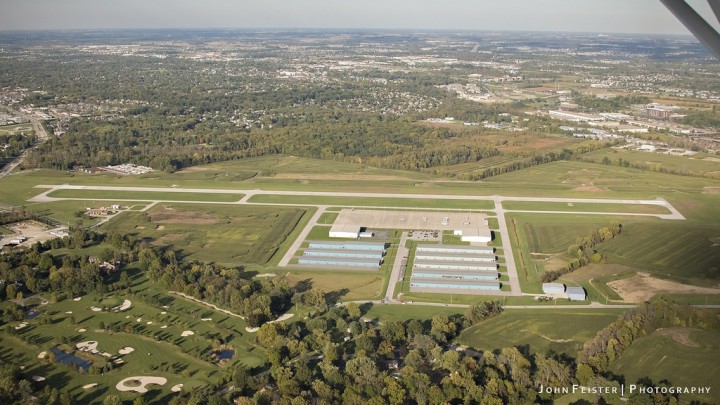 An aerial image of the Indianapolis Metropolitan Airport. (Photo by John Feister)

For a number of years, Fishers has been trying to rid itself of the Airport Authority owned Indianapolis Metropolitan Airport located at 9913 Willow View Rd. While the city wanted it moved to free up an abundant source for land, AA needed the facility to continue operation.

“It’s really kind of a paradox,” said Fishers Mayor Scott Fadness. “For a lot of years the policy was we wanted to get rid of the airport and I think Airport Authority really needed that airport and so we were kind of at a stalemate for a number of years.”

But recent discussions between the City of Fishers and AA have led to an agreement that would benefit both entities.

The airport doesn’t plan to expand its runways much more than what is already in use, so the open land around the facility would make a great opportunity for commercial development. While the city has no control over the airport itself, the land around it may become available for growth.

“There’s a lot of land around the runway that will not be used by the airport and so I think there’s opportunity to develop that commercial land,” Fadness said. “All in all we’re at a point now where we have a spirit of co-operation and a common vision to make that whole area better in our community and open opportunities for commercial growth.”

The approximately 60 acres of land is being considered, with details still in discussion. With luck, the city hopes to see a finalized plan by the end of the year with plans for development possibly beginning in 2016.

“I would like to see the vision get solidified this year and maybe do some development next year if at all possible,” Fadness said.

Until that point, the city will continue to keep an open dialogue with AA.