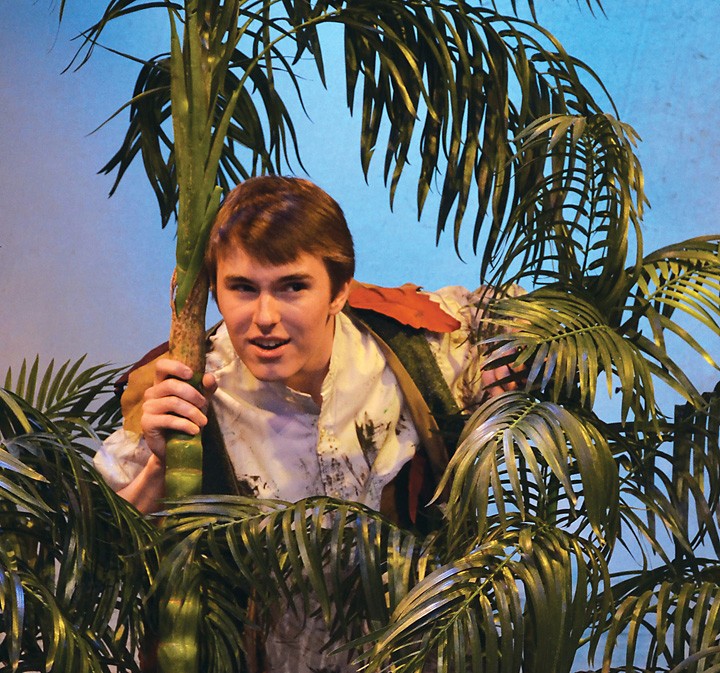 When it comes to the Lost Boys in Beef & Boards Dinner Theatre’s current production of  Peter Pan, Danny Staton is head and shoulders above the rest.

In the role of Tiny, Staton is actually the tallest of Peter Pan’s eight Lost Boys as he make his debut at the northwestside dinner theatre. He was compelled to perform in the show, “because I love the morals of it.”

And the Carmel High School freshman brings experience to the role, having visited Neverland once before as another Lost Boy, Tootles, in a CYTIndy production.

Staton noted it was a CYT summer camp he attened when he was 9 that sparked his interest in performing.

As a result, he’s performed in several shows regionally, with his favorite role being Lumiere in “Beauty and the Beast” in another CYTIndy production. “It was my first big part.”

Staton also enjoyed performing in the ensemble of “Footloose” because “it introduced me to what amazing productions looked like.”

And he loves the magic of theatre… with or without Tinkerbell’s fairy dust.

“Being on stage and making people forget about all their troubles and sitting together, watching a single show (is what I like best),” he added.

Now 15, Staton feels a sense of pride at being cast in a professional production that provides such an escape.

“(The best part about “Peter Pan” is) the fact that there is a certain place that will never let you age and can make you fly.”