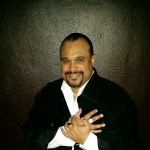 Fishers and Geist residents might recognize musician Andrew Young from his gigs playing at Bella Vita, Casler’s and Britton Tavern. What most people might not know is that Young isn’t just a guy singing other people’s songs. He’s also an accomplished recording artist who has performed and toured with countless celebrities.

Young has always loved music and started singing very early on in life.

“I participated in contests, sang for my parents friends when they came over when I was five and then of course I got into choir in elementary school,” said Young.

He sang and danced in the show choir in high school. Upon graduating from Lawrence Central High School Young decided to try out for a well-known TV talent show.

After his stint as a returning champion on Star Search he decided to attend Butler University pursuing a degree in arts administration with a principle in voice. Young then started opening for famed acts such as Blackstreet, Ginuine, Digital Underground and Toni Tony Tone. He even hosted his own television show—Andrew Young Live.

Young has also recorded his own original music. He has released several CD’s and has two songs on Sirius XM radio—“Music Don’t Stop” and “Mind, Body, Soul”. His latest single is called “Looking in the Mirror” and all are available for purchase on iTunes.

When Young plays locally he performs both covers and his own music. Young believes larger cities like Chicago are more receptive to artists’ original music whereas the local crowd in Indy likes to hear cover songs. Young is happy to do both. Occasionally he plays an acoustic set but for most of his performances he has a band with him.

Young will be kicking off summer at Bella Vita on June 2.