You are at:Home»Current in Carmel»Carmel Community»Carmel graduate performs in ‘Dirty Dancing’ at Clowes Hall 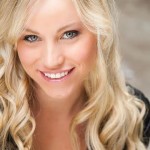 “Dirty Dancing” is coming to Clowes Hall in June and will feature one of Carmel’s own.

Amanda Brantley, Carmel High School class of 2008 graduate, has been dancing since the age of three. This passion for dance spurred a passion for all aspects of the arts after ankle surgery temporarily halted her ability to dance, particularly singing and acting.

This growing interest in singing and dancing took Brantley to CAP21 in New York City. This institution boasts names such as Anne Hathaway and Lady Gaga. Upon completing a six-week summer program, she decided to prolong her time there.

“I love the program, loved the teachers and loved the confidence I was beginning to build in my singing and acting,” Brantley said. “And thus I decided to audition for their two year Professional Program.”

Upon graduating Brantley landed a manager who has been crucial in getting her foot in the door in auditions.

Brantley has performed in a number of shows not only in the United States but also Asia and Australia. She spent part of the last year touring internationally with “Barbie LIVE!”.

Now that the jet setting has concluded, Brantley is back performing in her hometown under her first Actors Equity Association contract (the board that governs all Broadway shows) as Vivian Pressman in “Dirty Dancing.”

While each show must be individually auditioned for and casted, Brantley hopes this will open doors for future performances.

“I can’t say what the future will hold – we have to audition for each show individually in hopes of being cast,” she said. “But I certainly hope this won’t be my only time to tour with a show of this caliber.”

Brantley and this production of “Dirty Dancing” will be on stage at Clowes June 9-14.