You are at:Home»Current in Zionsville»Zionsville gymnast aims for more national success 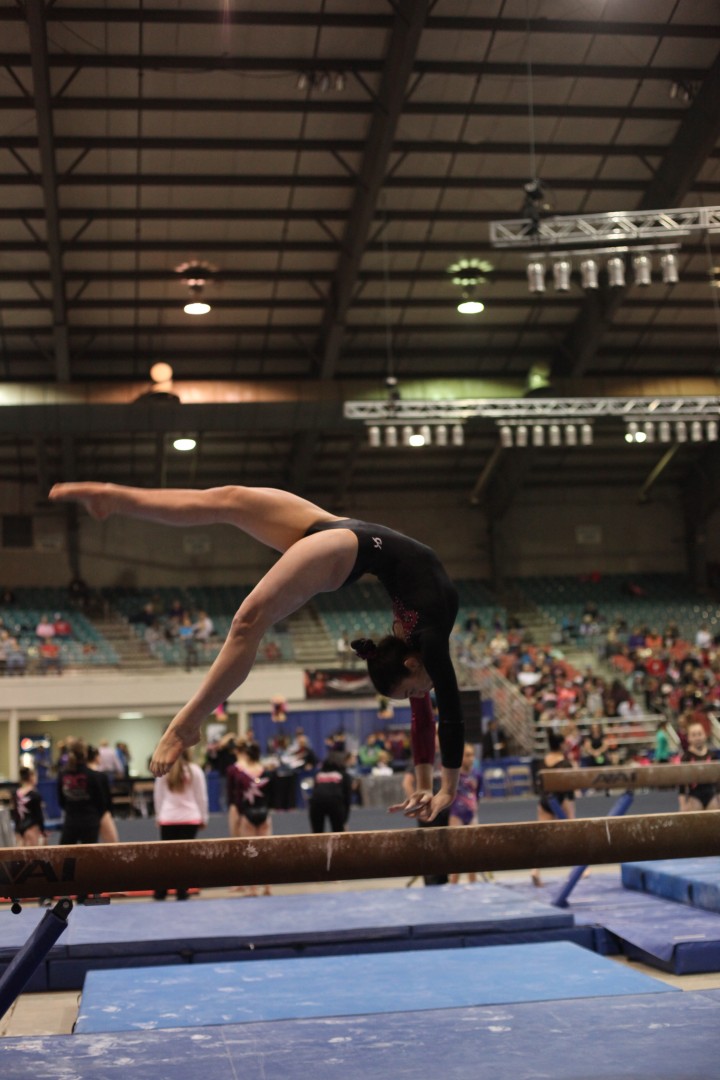 Anna Mariacher competes on beam at the Junior Olympics Level 9 Eastern Championships. She placed fourth in the event. (Submitted photo)

Anna Mariacher got a taste of high level competition and she would love more.

Mariacher, a 15-year-old Zionsville resident, earned fourth place on the beam, eighth on the vault and 11th in the all-around competition in the Senior I division of the Junior Olympics Level 9 Eastern Championships in Kissimmee, Fla., on May 9.

“I really want to make it next year,” she said. “The competition was good, and everyone on the team was really encouraging. I did as well as I was hoping to do. I did place a little higher than I thought I would on the beam. The best part was the team and the coaches were fun to be around.”

Mariacher qualified for the national meet by finishing fifth in the all-around division in the regional in Youngstown, Ohio, in April.

She has been in gymnastics for 10 years. Beam is her favorite event, she said.

“It’s fun to be part of a team,” Mariacher said of competing in gymnastics. “It’s challenging but you still have fun.”

Mariacher, who will be a sophomore in the fall, has been home schooled for several years. She trains Monday through Saturday at Sharp’s, usually for about four hours each day.

“I would like to get a college scholarship,” she said of her career gymnastics goal.

Favorite way to relax: “I like to read and I play the guitar.”