You are at:Home»Current in Carmel»Carmel Community»Back in the Day: Brown’s Drug Store 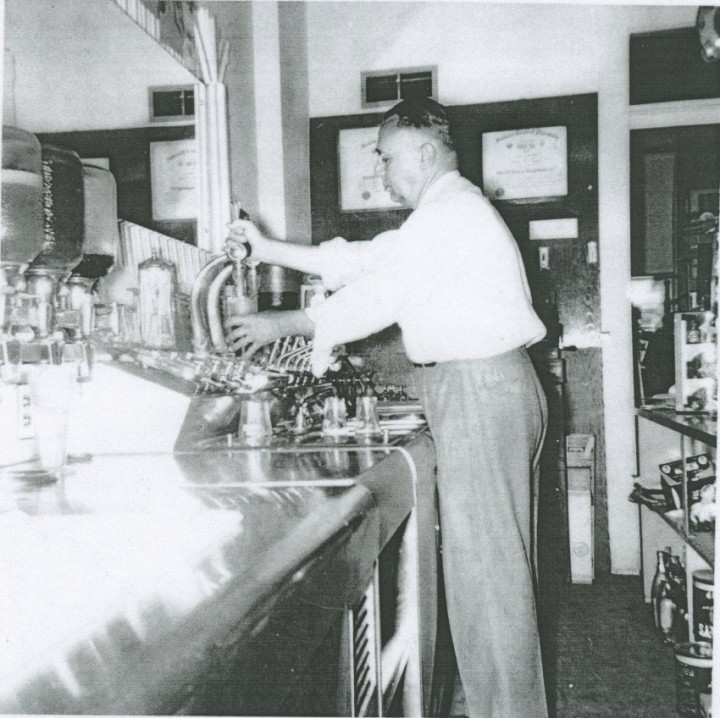 Would you like a little cherry in your soda? It was a common question in the days when soft drinks cost a nickel and the soda fountain was in the local pharmacy. In Carmel, the question was often heard at Brown’s Drug Store, once on the corner of Range Lane and Main. Owner John W. Brown opened his operation in 1938 in this location that had served as a pharmacy since 1865. The pharmacy eventually moved north into the building next-door.

You could frequently see Brown at the soda fountain serving up a string of customers. Through the 1960’s, a soda fountain was a regular fixture in many pharmacies. In fact many, like Brown’s Drug Store, expanded their menus and served as lunch counters. For a while, Brown’s was one of the few places you could order food in downtown.

The age of the soda fountain slowly dissipated, however, due to a variety of factors. One of the primary reasons was the growing popularity of the self-service vending machines selling soft drinks in cans. The labor-intensive soda fountain proved too expensive to compete.