You are at:Home»Current in Carmel»Carmel Community»Seidensticker looks to life after the City Council 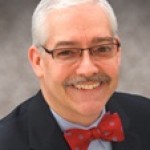 Eric Seidensticker, a veteran force on the Carmel City Council and fiscal watchdog who often questioned Mayor Jim Brainard on spending, has lost his reelection bid with 45.98 percent of the voter. Newcomer Bruce Kimball won in the two-man race by around only 200 votes.

Although he won’t be representing the Central District come January, Seidensticker remained upbeat as he talked to Current in Carmel. Although, sources close to him maintain that Seidensticker “didn’t lose to Kimball” but rather “lost to Jim Brainard” because the mayor’s reelection win also meant victories for many on his endorsed slate of candidates.

What do you plan on doing now that this election is over?

I’ll continue on with my business, Maco Press, but in terms of service work I haven’t decided yet.

What did you learn from the election?

What I learned is that there are some concepts that the electorate is not interested in spending the time to assess the information. The easiest way to put that into a singular phrase is a quote, and I’m paraphrasing, “Every country gets the government it deserves.” What it means is that the education of the public is what determines the caliber of the public servant. I truly believe that the numbers don’t lie. There are two vastly different positions and I truly believe that the numbers will hold true and there will be a significant needs for funds to prevent the city from seeing a tax hike.

What do you think the Carmel City Council will look like in the future?

I’ve got no predictions. It’s wholly dependent on the electorate.

How do you handle the fact that you were voted out of office but you have seven months left on the council? What’s your philosophy?

I think you continue on doing what the people elected you four years ago to do.

So will you vote your conscious or what your opponent would do since he just won?

What would you tell someone who was disappointed with the outcome of the election?

Thank God you live in the United States of America and thank God it’s still a democracy.