You are at:Home»Current in Geist»Two-rule foundation helps disadvantaged 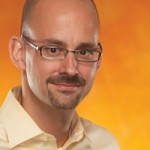 CJ McClanahan, president of Reachmore and founder of the two-rule foundation, said he believes there is an inequality of wealth disparity, yet it does not coincide with happiness.

“I recognized that no matter how much money they made, their quality of life and satisfaction does not improve very much,” McClanahan said.

Reachmore is a training and team organization business for business executives and their top performers. Because McClanahan discovered that until you learn to give away time and effort to other people and not just concentrate on your own success, you will never be satisfied. That is where his creation of the two-rule foundation came from. The two rules are live gratefully and give generously. McClanahan said there is a very direct link between happiness and following these two rules.

“Most people go to an event and their check or money is a one-time gift,” McClanahan said. “Everyone forgets about the organization and fundraiser afterwards, and I want people to make it a habit. Fundamentally, it will make them feel better.”

The organization that McClanahan chose personally to help over the past six years is Shepherd Community Center. He helps run clothing drives, create winter Christmas stores for kids to take home gifts to parents and he puts on a goal setting workshop for the disadvantaged kids. They’ve raised $40,000-50,000 over the past three years.

McClanahan said he believes that giving back continuously will help break the poverty cycle taking place in the U.S.

To sign the pledge or learn more, visit www.tworule.org.