You are at:Home»Current in Carmel»Carmel Community»Peter Pan flies into Beef & Boards Dinner Theatre 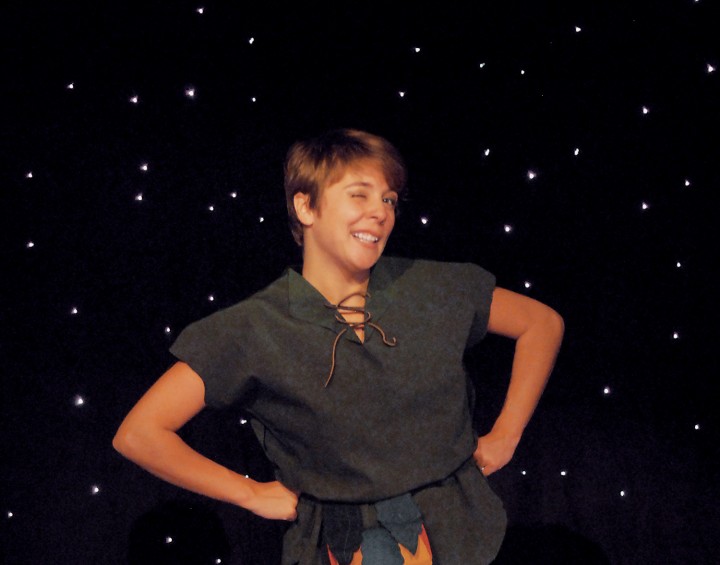 On May 14, Beef & Boards Dinner Theatre will debut the high-flying musical “Peter Pan.” Ticket prices range from $40-$65 with discounts available for children ages 3-15. Prices include a buffet style dinner with entrees such as hand carved roast beef, breaded chicken tenderloins, Italian cod fillets along with sides and desserts.

B&B is a little different than most theatres in that dinner is included with each performance. For the first half of the evening the theatre is a restaurant and then a transition occurs. After the buffet carts are put away the performance begins.

“Most theatres are not-for-profit organizations that don’t have to depend very heavily on ticket sales because they can write grants. Beef & Boards doesn’t have that at our disposal. All of our budget for the shows comes directly from ticket sales. 100 percent,” said Eddie Curry, the show’s director.

The story of Peter Pan involves Peter and the Darling children flying through the air. Aerial acts like these take additional work by the cast and crew. Troy Trinkle of Hall Associates Flying Effects has been brought in to teach the actors to fly.

This particular production has ties to 12 different central Indiana communities. Several local actors have been cast as the Lost Boys and the Darling children.

“It just goes to show that the talent in central Indiana is all over the place. This is a decidedly local/professional production because the locals that we’re using our professional quality actors,” said Curry.

Thede Tayor, who plays Peter Pan, is originally from the Indianapolis area but has been living in the New York City area for the last several years.

“So, even the one actress that we’re bringing in from out of town is originally from here anyway,” said Curry.

The production of Peter Pan runs through July 3. For more information or to purchase tickets visit www.beefandboards.com.