You are at:Home»Current in Carmel»Carmel Community»Celebrity vocal coach to visit Midwest School of Voice 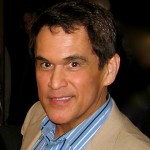 Ron Browning has been dubbed as “Vocal Coach to the Stars.”

Browning will be a special guest of Midwest School of Voice in Carmel from June 22-26.

Browning will conduct one-on-one personal sessions with each student. The half-hour lesson, which also includes one of the school’s coaches, costs $135, MSV customer and public relations manager Erica Thompson said.

“Students can not video record the sessions, however, they can bring in a vocal recording device,” Thompson said. “Then Ron will allow them to record portions of their sessions,” Thompson said.

“MSV includes several up-to-date music studios (each teacher has his or her own studio with recording and other equipment, etc.), large rooms for group meetings and performances and a top-notch staff gifted in voice, guitar and piano,” Browning stated. “If you live anywhere in the area, Midwest School of Voice is the place to study.”

The school is for all ages.

“We’ve had students as young as five and as old as 80,” Thompson said.

Thompson said the lessons are starting to fill up. To register, call 660-1372. Thompson said more than one half-hour session can be booked by each student.

If vocalists have not previously worked one-on-one with a MSV coach, Browning requires a vocal evaluation to be completed with an MSV coach prior to booking a session with him. Browning only works with referrals from labels, major studios or coaches who are familiar with his techniques. The vocal evaluations can be booked by calling the MSV main office, or by using the online scheduling system at discovermsv.com.

“This is a unique opportunity for students since he usually only takes referrals from labels,” Thompson said.