You are at:Home»Current in Zionsville»Young Zionsville performers featured in ‘The Who’s Tommy’

Two Zionsville students are dancing with a pinball wizard in the Footlite Musicals production, “The Who’s Tommy,” running through May 17. 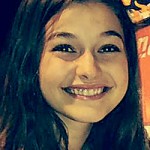 Cynthia Kauffman, an eighth grader at Zionsville Middle School, recently performed the lead in the school’s production of “Thoroughly Modern Millie.” Now she’s eager for the audience to enjoy “Tommy,” including the live rock band on the stage throughout the performance. The show is based on the album of the same name from The Who featuring “Pinball Wizard” and other classic hits.

The show centers around Tommy, a deaf, mute and blind pinball player who becomes an international sensation. It was nominated for the Tony award for Best Musical during its run on Broadway.

Kauffman began acting lessons at the age of five and has performed in multiple productions including teen Fiona in the Footlite production of “Shrek the Musical” last year.

“I love making people smile and hearing the audience’s reaction about a great number,” she said. 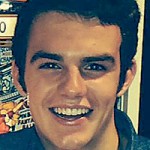 Fellow Zionsville student Weston LeCrone, a Zionsville Community High School freshman, began his acting career at the Westfield Playhouse. He has since been seen at the IRT and Christian Youth Theater.

“Right from the moment I got on that stage, I really loved it,” LeCrone said.

Most recently performing the role of Ren in the high school’s production of “Footloose,” LeCrone felt this Footlite Musicals performance has expanded his dancing abilities.

“We have a great choreographer,” he said. “The dancing is my favorite aspect of the show.”

LeCrone has also appreciated the opportunity to meet cast members from all over the Indianapolis area.

“It’s been great to have a lot of new friends from different schools,” he said.

“The Who’s Tommy,” suggested for mature audiences only, has performances on Fridays, Saturdays and Sundays through May 17 with one Thursday performance on May 14. Detailed information about show times can be found at Footlite.org