You are at:Home»Current in Westfield»Westfield ends first quarter with $46.6 million in improvements

The City of Westfield has reported that the first quarter of the year has left them with an estimated $46.6 million in improvements, coming from issued permits. 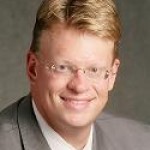 The report highlights several notable achievements for the community, including an expansion by AgReliant’s world headquarters that will add 31 jobs and improve its existing facility by an estimated $4 million, as well as the entrance of fiber provider Metronet in Westfield’s internet market.

Residential numbers included in the report illustrate growth in Westfield’s subdivisions with the most permits, including Maple Village (23 permits), Viking Meadows (21 permits) and Keeneland Park (20 permits).

“These numbers only reinforce our strategy here in Westfield,” Mayor Andy Cook said. “Projects like Grand Park and Grand Junction Plaza, our world-class schools and high quality of life are attracting residents and businesses to invest in our community for the long haul. We are encouraged by our first quarter and expect to see more as we continue through the year.”