You are at:Home»Current in Fishers»Smoothie King slated to open in Fishers 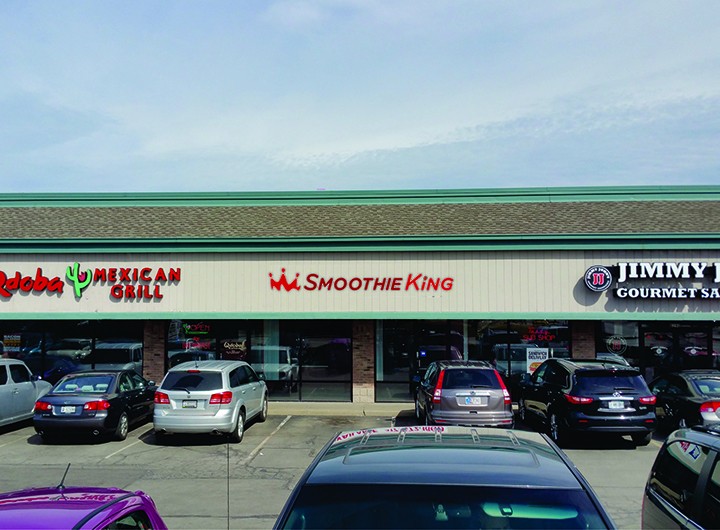 Chris Sgroi was looking for the right franchise opportunity.

“I noticed other major cities have Smoothie King stores and Indianapolis does not,” Sgroi said.

So Sgroi will open the first of his planned three Smoothie King stores in Fishers.

Sgroi’s store will open on 8270 E. 96th St. between the Jimmy John’s and Qdoba. The Smoothie King is targeted to open in the last week of June or first week in July.

“It’s a great location,” Sgroi said. “The projection is I will probably hire 25 people. At first I’m going to be splitting (managing) with someone else. But I’m going to be opening other stores so I’m probably going to have two managers the second year.”

Sgroi has a deal to have three Smoothie King franchises in the next three years. He has not committed to another site, but hopes to open the second one in the spring of 2016.

“We’re looking in the Carmel Keystone area and or in Noblesville,” said Sgroi, who lives on the northwest side of Indianapolis.

There was a Smoothie King on the northwest side of Indianapolis but the owner decided to close it a few years ago, Sgroi said.

Sgroi said Smoothie King informs the franchise owners what items are typically the most successful and which ones aren’t.

“Smoothie King also sells the retail products such as protein powders and the protein bars,” said Sgroi, who previously worked for in the retailers such as Galyan’s and hhgregg. “They now have vegan smoothies. They have one where they use Ghirardelli chocolate to make a dark chocolate banana smoothie.”

Sgroi said he looked at other smoothie franchises but decided Smoothie King was the way to go.

“They are the nation’s largest smoothie company and they are the original creators of the word smoothie,” Sgroi said. “It was started in New Orleans as a healthy alternative to people who had allergies of all things. The founder’s children had a lot of allergies and he created in the blender a drink that his kids could enjoy.”