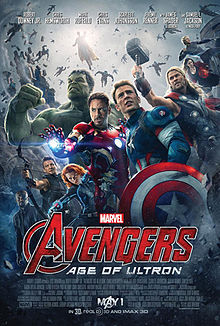 We’ve come a long way since the first wave of Marvel movies hinted at an Avengers movie. In 2012, we got that film and it showed us just how extensive and elaborate film franchises could get. While the Marvel cinematic universe has spread far and wide, this was a chance to reign it in and set things in a new direction with some new and familiar characters.

The film wastes no time jumping into the story and the action, the team already in the middle of a fight to regain Loki’s scepter from Hydra. Upon recovering it, Tony Stark (Robert Downey Jr.) and Bruce Banner (Mark Ruffalo) think it may be the key to creating a robotic protector and army for earth, thus letting the Avengers retire and live normal lives. This, of course, leads to trouble as it births Ultron, a robot who determines that the best way to save earth is to end humanity.

While this film delivers plenty of action, it also takes a little extra time to get us more familiar with some of the characters both old and new, fleshing out their pasts and establishing some new relationships. This ends up being a nice breather from all of the stuff they throw into this film, and they do throw a lot into it. Though it is a lot of fun to watch and easy to follow, some people unfamiliar with the comics or other films may end up getting a little lost with a few subplots.

Age of Ultron is by far the most comic bookish of all the Marvel films so far which for the most part is a good thing. While the story does get a bit bloated and over the top with a few very cheesy mid fight one liners, it ultimately achieves its goal of being entertaining and offering a bit of a new direction for future Marvel films by the end.

Avengers: Age of Ultron is now playing in theaters everywhere.