You are at:Home»Current in Zionsville»Officers investigating death of Zionsville man in Brown County State Park 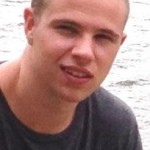 Indiana Conservation Officers are investigating the death of Zionsville resident Benjamin Graefnitz, 21, who died May 3 while with his parents at Brown County State Park.

According to a spokesperson for the DNR, Graefnitz was sleeping in a tent adjacent to his parents when they noticed irregularities with his breathing. His mother, a nurse, called 911. Graefnitz was pronounced dead by EMS at the scene.

The Indiana Conservation Officers and Brown County Coroner’s office are investigating the possibility of an accidental drug interaction and overdose with prescription drugs Graefnitz was taking.

ZCHS principal Tim East said that students expressed sadness at losing a classmate and remembered Graefnitz as being a good friend. He was part of the soccer program during his time at ZCHS. Graefnitz transferred to a high school outside of Zionsville more than a year before graduation.

“Everyone who has been a part of our Eagle family is missed,” East said. “The Graefnitz family is in our thoughts and prayers.”