You are at:Home»Current in Zionsville»Zionsville’s Maverick Contessa shares her story 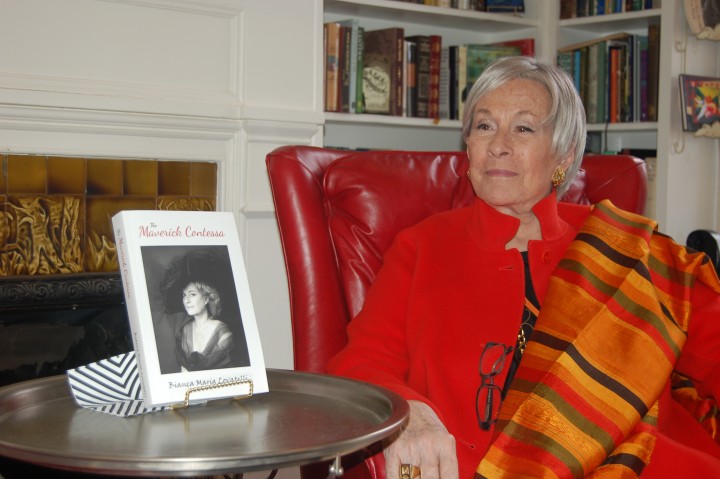 Italian Countess Bianca Maria Lovatelli, a Zionsville resident, has written a book chronicling the first 40 years of her life. (Photo by Heather Lusk)

Countess Bianca Maria Lovatelli’s life has been a full and interesting one. Born in Italy in 1933, her mother worked undercover for the Allies, her father was wrongly imprisoned as a fascist spy, she married several times, became a journalist, a TV personality, an author and a mother. Now living in Zionsville, the countess has put the first 40 years of her life in print.

The book begins as the young Contessa and her British-born mother escape from Italy under Mussolini’s rule at the beginning of the war. They travel by air, land and sea with a few close calls before reaching Brazil, where her Italian father had been recently transferred to work for an airline. The book covers Lovatelli’s rebellious youth, her marriages, her journalism career and life in South American high society.

From the age of 15, she began to save many of her personal items and started her first diary. Essays and other writings from decades earlier shaped the beginning of her book, which she decided to write in 2009 while living in Argentina.

“It’s funny when you write a memoir, some of the memories, you find they hurt,” she mused.

While sorting through the content and materials she had amassed over the years, Lovatelli came to the conclusion that she couldn’t write only one book.

“I’m now writing the second half of my life,” she said.