You are at:Home»Current in Westfield»Westfield Parks focuses on trail projects, programming and new playgrounds in 2015 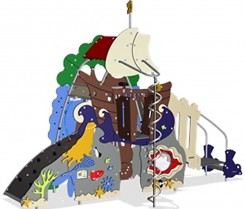 The new playground themed after Hans Christian Andersen’s fairy tales in Simon Moon Park is interactive with the Smart Playground app. It will be one of two smart designed playgrounds in Indiana. (Submitted photo)

Trail connectivity is a major focus for the Westfield Parks Dept. this year and in the coming years according to director Melody Jones. 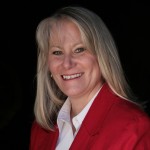 “Westfield has more trails per capita than any other city in Indiana,” she said. “We’re really proud of that and have been working hard to get them up to speed.”

As the city moves forward with its plans for the Monon Trail expansion, Jones provided an update on the numerous phases of the project:

● Monon Trail Phase 3A – Paving the section in stone from 161st Street to Oak Ridge Road and also includes new paving of the Midland Trace through Quaker Park. “That will be finished this spring as soon as weather permits,” Jones said.

● Monon Trail Phase 4 – Connection that will link the Monon to Ind. 32. It also includes a bridge over the Anna Kendall Creek. “This phase actually opened bids (March 19) and we’re exciting about that taken care of soon,” Jones said.

● Monon Phase 6 – From 181st Street to Monon Trail Elementary (north of 191st). Jones said the project is 95 percent designed and should go out for construction early in the fall. “This also includes a link, referenced as the Monon/Midland loop, along north side of 181st Street,” Jones said. “This will connect the Monon over to the trail system in Asa Bales Park.”

● Monon Phase 7 – The section of the Monon from Monon Trail Elementary to 216th Street, the boundary of Washington Township. The project is 50 percent designed and construction is anticipated for early September 2016.

● Wheeler Road extension – The completion of sections missing along Wheeler Road and includes the Monon Trail from Ind. 32 to 181st Street. This design is 90 percent completed and expected to begin construction in the fall or early spring 2016.

● Monon Trail Phase 5 – Bridge over Ind. 32 and Tournament Trail. Jones said the project is still under design and not expected to begin construction until late 2017.

● Midland Trace Trail Phase 4 – This project is designed completely and will take the project from where it ends at Gunther Boulevard east to Gray Road. “This project is just waiting for a couple parcels to go through and get finalized in acquisition and then we’re ready to build that,” Jones said. “When Noblesville starts their phase, they are in land acquisition right now, they are actually going to start at Gray Road and go east.”

“All of the Monon projects are federally funded through grants,” Jones said. “All are at 20 percent (locally funded) but we might have one at 30 percent.”

The parks department started programming in May 2013. In comparing numbers from the first full year to the second, Jones said participation increased 138 percent and revenue for the department has increased 525 percent. She added the department has added 20 new programs at the Main Street facility.

“I’m really excited about where we are with programming,” Jones said, announcing the department has created a new summer series. “In June we will have storytelling. It will be the first event held at the lawn at Grand Junction, on the corner of Mill and Jersey streets.”

In the fall, the playground equipment for ages 2 to 5 was replaced at Simon Moon Park, 2710 E. 171st St. This month, Jones said the ages 5 to 12 equipment will be replaced with a playground themed after Hans Christian Andersen’s fairy tales.

“This is considered a smart design. There is an app that goes with it. Parents can download the app and as children are playing they can hear the stories and interact with the activities part of the play structure. I’m really excited about that,” Jones said. “We are one of two in Indiana that has anything like this rolling out.”

The department also is looking into a trail lighting plan and options for fixtures on trails and what sections need to be lit. Jones said demolition took place in March and April to repair the regional detention.

● The parks dept. gained $34,800 from local sponsors and partnered with 117 local businesses.

● Hosted nine community events which were supported by more than 400 volunteers.

● The Movies in the Park series averaged 500 guests at each summer showing.

● Voices from the Past held 250 Westfield elementary school tours and sold 600 tickets to the general public.