You are at:Home»Current in Fishers»Racetrack royalty 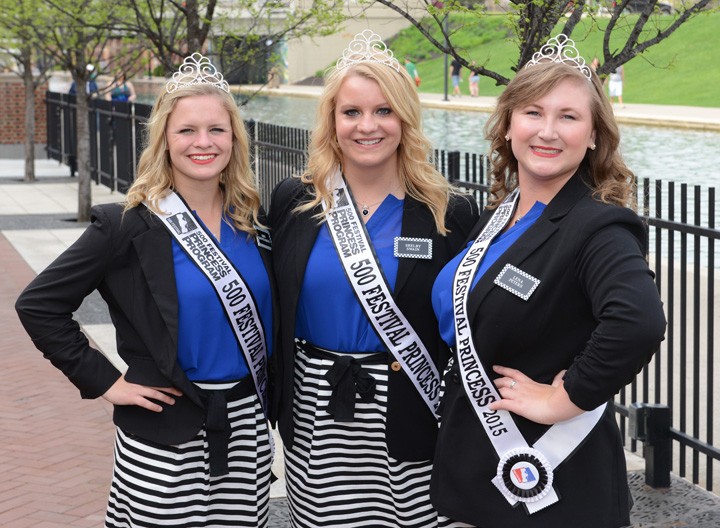 South Bend and Fort Wayne each have one of the 33 500 Festival princesses for 2015. Evansville doesn’t have any.

Fishers has three princesses, the same number as Indianapolis, the only other city with three.

The Fishers princesses are Hamilton Southeastern High School graduates. Abby Montgomery and Shelby Swain are 2012 graduates and attend Purdue. Lena Peters graduated from HSE in 2013 and is a sophomore at IUPUI.

“It’s neat,” Swain said. “It’s fun to come in and say I remember you from high school. Abby and I have kept connected at Purdue. It was like I automatically have a friend because I know her. We both have other friends in the program.”

Montgomery said, “Shelby and I had math class together in seventh grade, we talked a lot then and have had some classes (together) since.”

The program celebrates civic-minded and academically-driven women of college age from state universities. There are 12 princesses from Purdue, easily the most of any college. The 500 Festival princesses will volunteer at several Indy 500-related events in the month of May. The princesses also visit hospitals, schools and youth programs.

Peters, who was adopted from Russia when she was 11 by Robin and Lisa Peters, quickly embraced the Indianapolis 500 tradition.

“My mom actually sent me an email, saying read this email through and through,” Peters said. “So I read it through and it was about the princess program. I looked at the application and decided to apply. So my mom is the reason I got involved. I love the race. My dad and my brother and I have been seating in the same seats since I’ve been adopted (10 years ago). My dad and brother have been going to the race for years. It’s just something we do as a family. Wherever I go, the race is always my favorite event. The final lap is so exciting for me because that’s where the final passes are and the final flag comes out.”

Peters said she learned English in a formal way so that helps her in public speaking.

“If I choose to, I can go back to that and speaking a little more formally,” Peters said. “It got me out of my shy shell. I switched cultures. I switched countries. I switched lives completely.”

Montgomery said she had two maternal aunts that have been in princess program so she has known about it.

“The sorority (Delta Gamma) that I’m in has had a lot of princesses and me and my friends decided to apply,” said Montgomery, one of five Delta Gammas selected this spring.

Montgomery, who has lived in Fishers her entire life, has always had a passion for the race.

“I’ve been to the 500 parade with my cheerleading teams,” Montgomery said. “I’ve cheered on people in the Mini-Marathon. I’ve gone to the race a couple of times. It’s something I’ve always been involved in so to have such a large role in it this year is something I’m really excited for.”

Montgomery, who wants to be a trauma nurse, said she likes getting to meet the other princesses and board of directors.

“They are all very successful women so far,” Montgomery said. “The people that you meet is something you can’t get anywhere else.”

Swain learned about the princesses through 4-H Club.

“One of our past queens was involved in the program and talked to us about it,” Swain said. “It’s something I aspired to be part of because I leaned from her about the recognition the women and how empowering it was. It recognizes the successful women of Indiana so I wanted to work towards that. Throughout college, some of the other Agricultural Ambassadors were also part of the program and they encouraged me to give it a shot.” 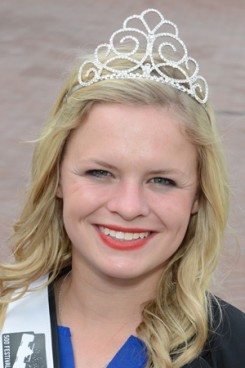 Activities: Was on cheerleading and track and field teams (as a pole vaulter) at HSE. Cheerleader at Purdue. Member of Delta Gamma sorority.

Favorite class: “I love science classes. I’m in labor and delivery class that I really like.”

Favorite spot in Fishers: “Every time I’m home my mom and I end up going to Wild Ginger for dinner and that’s probably my favorite spot.” 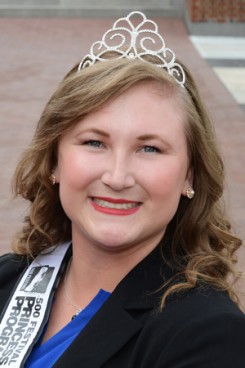 Major: Psychology with a focus on Medicine at IUPUI

Activities: Part of the color guard and winter guard at HSE.

Favorite class: “My psychology class. I like to learn how the brain works and how people operate and their behavioral patterns.”

Favorite place in Fishers: “I lived near Geist (Reservoir) and there is lookout point over the (reservoir).” 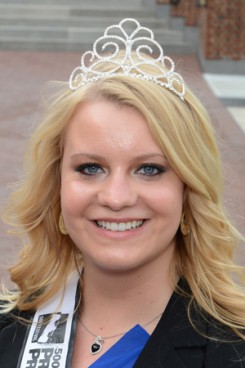 Major: Agricultural economics at Purdue. Plans to start her graduate degree this fall.

Activities: Wrestling manager for team for four years and National Honor Society member. Involved in 4-H in the community. At Purdue, she is member of Agricultural Ambassador, member of Agriculture Council and just finished term on the Athletic Affairs committee for intercollegiate athletics. Served as student representative of Strategic Planning committee. Member of Sigma Kappa sorority.

“I hope to work as a liaison between farming groups and government, maybe farm bureau.”